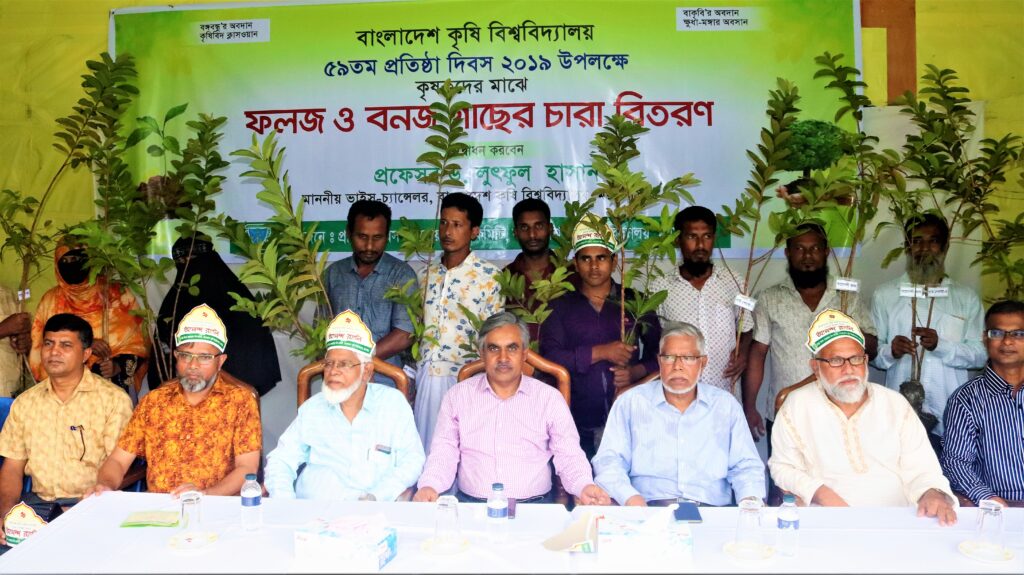 Mymensingh, Aug 18 – The Bangladesh Agricultural University (BAU) observed its 59th founding anniversary on Sunday amid much enthusiasm and festivity.

At 10 am, BAU Vice-Chancellor Prof Dr Lutful Hassan inaugurated the founding anniversary programme at helipad in the university campus.
Marking the day, a colorful rally was brought out by the university authority where several
hundred students, teachers and staffs of the university took part.
At the end of the rally, carp friess were released in the old Brahmaputra river adjacent to the
University.
Later, with the association of the germplasm center of the university, fruit and forest saplings were distributed among the local farmers. In the afternoon, special prayers were organised in all the mosques and mandirs, wishing for the development and prosperity of the university.
Vice Chancellor said that, Bangladesh is now self-sufficient in food. We have succeeded in the
challenge that we have taken to tackle the huge food shortages in the country. At present, we have been able to export agricultural commodities abroad by meeting the demands of the
country’s food needs. This is made possible by the skills and work of the 47,000 graduates of BAU. But now safe food issue has become a challenge to us. We hope that one day we will be
able to deliver safe food to people as we eliminated hunger from the country. – BAU Correspondent