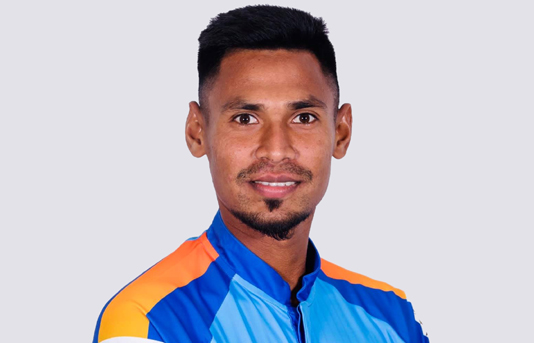 Mustafizur was roped in by star-studded Rajasthan Royals for an amount of INR I crore. Even though it looked his chances to make him available for final XI will be tougher, the injury of Jofra Archer brightened his chance to
the starting XI.

“Mustafizur is not in our plan for the Sri Lanka tour and so we gave him the NOC to play the IPL,” BCB chief selector Minhajul Abedin Naanu said here today. “We think it’s better for him to play the IPL.”

Bangladesh will leave the country on April 12 for a two-match Test series against Sri Lanka. The IPL starts from April 11 with Mustafizur’s side Rajasthan Royals playing their first match against Punjab Kings on April 12.

Earlier, Shakib Al Hasan who was recruited by Kolkata Knight Riders for a whopping amount of INR 3.2 crore was granted NOC.

Shakib later came up with his explanation that he never told that he won’t play Test cricket rather he chose IPL for taking a better preparation for World T20 which will be held in India later this year.

Shakib had already left Bangladesh for Mumbai where he would stay quarantine for seven days before joining the KKR squad.

When Shakib’s issue made the cricket fraternity heated, Mustafizur informed the media that he would play IPL only if BCB allows him to play. He further said if BCB doesn’t keep him in the plan of Sri Lanka Test series, he
wants to play IPL. And eventually that happened.BSS