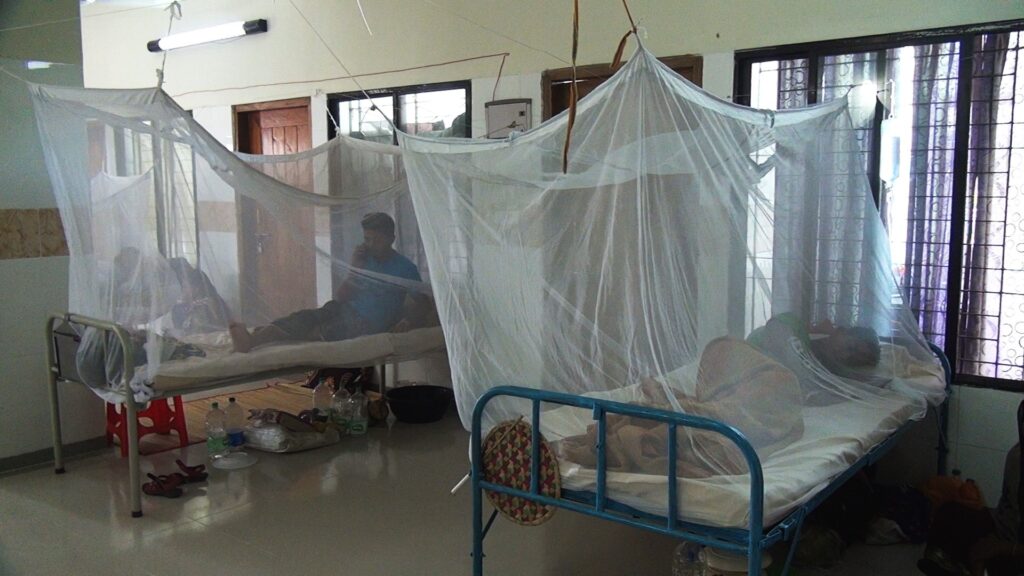 Another man died of dengue in Khulna on Tuesday while the Institute of Epidemiology, Disease Control and Research (IEDCR) confirmed 75 deaths after reviewing 126 cases out of 224 reports. A total of 469 new patients were hospatalised across the country in 24 hours till Tuesday morning, says Directorate General of Health Services (DHGH) daily update.
Abdur Rouf, 35 of Bagharpar upazila in Jashore, died of the mosquito-borne disease at Khulna Medical College Hospital today .
Dr SM AbdurRazzaque, Khulna Civil Surgeon, said Abdur was admitted to the hospital at 7pm on Monday and died around 4am on Tuesday.
A total of 22 new dengue patients were admitted to Khulna Medical College Hospital in 24 hours till Tuesday morning, he added.
Dengue claimed 15 lives until Tuesday since the beginning of the year, AbdurRazzaque said.
Of the new hospitalisation, 131 were in Dhaka and 338 in other parts of the country, the DHGHsaid.
Bangladesh has seen a massive outbreak of mosquito-borne disease dengue this year. But the situation started improving from the beginning of September with relatively low number of new cases.
Since January, 85,757 people were hospitalised with dengue, most of them in Dhaka. Of them, 83,605 have made full recovery.
Since the beginning of this year, the Institute of Epidemiology, Disease Control and Research received information about 224 dengue-related deaths. It has so far reviewed 126 cases and confirmed 75 dengue deaths, reports UNB, Khulna.