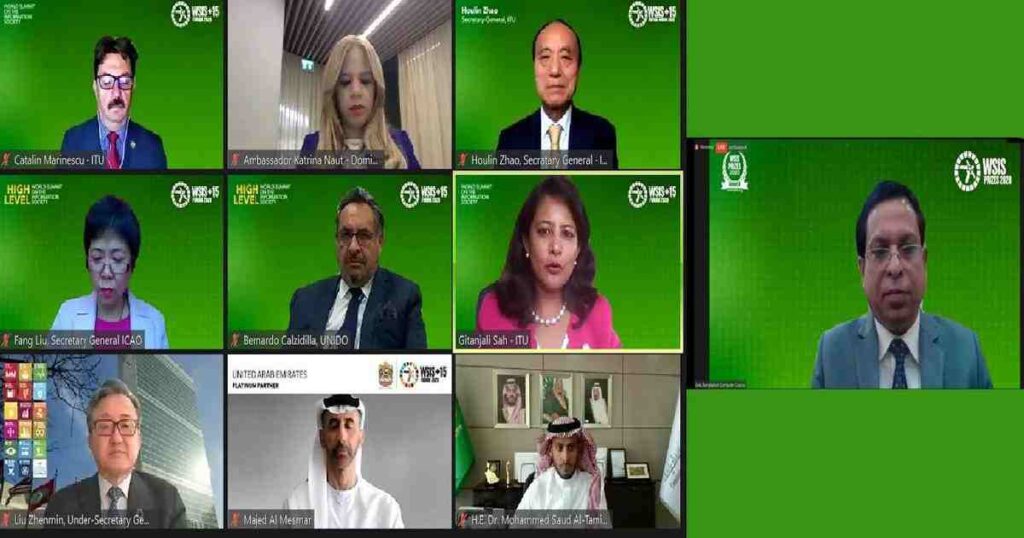 The Bangladesh Computer Council (BCC) of the ICT Division has won one of the world’s most prestigious awards in the field of information technology, the “World Summit on Information Society (WSIS) Award-2020”.

The Bangladesh National Digital Architecture (BNDA) team of the BGD e-GOV CIRT Capacity Building Project under BCC achieved the feat in the e-Employment category at the 9th Annual Awards by the e-recruitment platform (erecruitment.bcc.gov), said a press release.

He is hopeful that this award of the United Nations “World Summit on Information Society Award-2020” will inspire everyone to take more successful initiatives in the future.

The World Summit on the Information Society (WSIS) Award is considered one of the international recognition in the field of information technology.

The World Summit for Information Society is working to make people’s lives easier and change through information and communication technology. At the same time, the organization is working relentlessly to spread innovations around the world. In addition to submitting projects from the government, the private, general public, international organizations and different organisations, WSIS partners have the opportunity to participate in this competition.

The names of the final winners are announced at the end of the selection and online voting process from applications received from hundreds of countries around the world. Applications were accepted in a total of 18 categories where nominations were given to 354 projects out of a total of 762 submissions.

The BCC has established this e-recruitment platform as a shared service for all government agencies. It enables the Government agencies to accomplish end-to-end recruitment processes and related tasks through increased interoperability, enhanced security measures, reduced risk and lower procurement costs.

The BNDA team played a key role in securing this award. With this solution, the job applicant can apply for the job and pay from home through the user’s smartphone. Besides, it is possible to complete all the recruitment tasks from job posting to shortlisting the applicant.

The platform has a total of three modules including e-recruitment, exam controller and online exam. The platform is already being successfully used in more than 25 government agencies/projects and the recruitment process of over 1,800 applicants was done.

Over the past two years, the system has processed approximately 170,000 online applications for more than 70 positions through approximately 60 position notices.