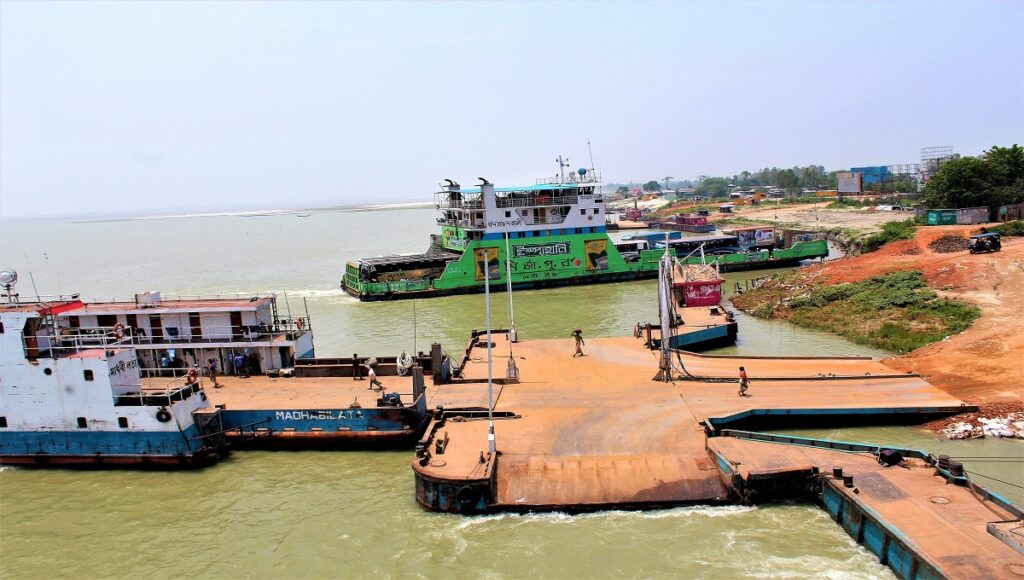 Narayanganj, Sept 29 (UNB) – As part of the move to develop the country’s shipping sector utilising the blue economy, the government is building 45 terminal pontoons to install those at different river ports.

State Minister for Shipping Khalid Mahmud Chowdhury inaugurated the construction work on the pontoons at Ananda Shipyard at Meghnaghat here on Sunday.

Speaking at the programme, the state minister said the government wants to expand the shipping sector utilisng the blue economy. “The government has taken the initiative to set up 45 terminal pontoons at different river ports to improve passenger services.”

He also said the current government is taking various steps to exploit the immense potentials of riverine Bangladesh.

Khalid said their government is also working to remove the barriers to flourishing the country’s economy and enhancing investment. “A healthy and investment friendly atmosphere is now prevailing in the country.”

He said BIWTA has taken the initiative for building 45 specialised terminal pontoons spending Tk 98 crore, and signed an agreement with Ananda Shipyard in this regard.

As per the agreement, the terminal pontoons–each 100 feet in length, 32 feet wide and 7.5 feet depth–will be prepared for installation by December 2020.

Of the total 45 pontoons, 15 will be installed at Sadarghat River Port, four each at Lalkuthi Ghat, Narayanganj Port, and Chandpur Port, three each at Wiseghat, Bhola Port, Pathuakhali Port, two each at Fatullah Launch Ghat, Jhalakathi Launch Ghat and one each at Mirkadim Port, Hularhat Launch Ghat, Barguna Port and Khulna River Port.