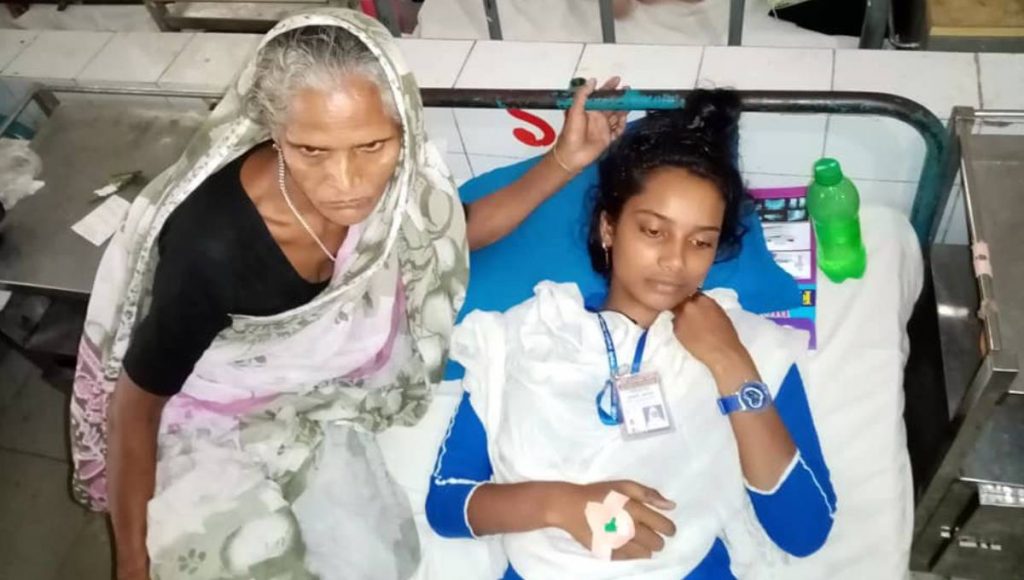 Narail, May 25 (UNB) – A Class-VIII girl was beaten with a hammer by two youths at Jhamarghop village in Lohagara upazila on Saturday reportedly for refusing a love proposal.

The victim is Suborna, daughter of Liakat Mollah of the village and a student of Hazi Mozammel Swarani High School.

Police and victim’s family sources said Obaidur Rahman, 22, son of Azmal Hossain, and Kabul Jomaddar used to harass the girl on her way to and from school as she rejected the love proposal of one of them.

The miscreants intercepted the girl in the morning while she was going to a coaching centre.

They beat her with a hammer, leaving her injured.

Meanwhile, Deputy Commissioner Anjuman Ara and the SP visited the girl at the hospital.

The SP said they were trying to arrest Obaidur.