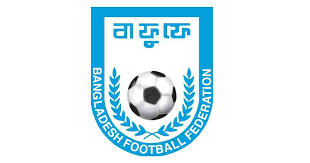 Today was the last day of withdrawal of the nomination paper and the last time was 5 pm. At that time two candidates – Zakir Hossain Babul of Uttar Baridhara Club and Saidur Rahman Manik of Ajampur Football Club – withdrew their nomination paper from member post.

The election commission will publish the final candidate list tomorrow (Sunday) at 3 pm.

It was initially assumed the upcoming BFF election was going to be a one-sided but, now the scenario is different after forty seven candidates are going to contest October 3 polls which means that the election is spreading heat and will be held in all twenty one posts.

On the other hand, seating senior vice president Abdus Salam Murshedy, who was elected uncontested in the last BFF election, this time he will face a challenge as celebrated footballer Sheikh Mohammad Aslam stood in Murshedy’s way.

Thirty four candidates will contest for fifteen executive member posts. Experienced organisers like Harunur Rashid and Shawkat Ali Khan Jahangir will contest in the member post along with popular footballers.BSS