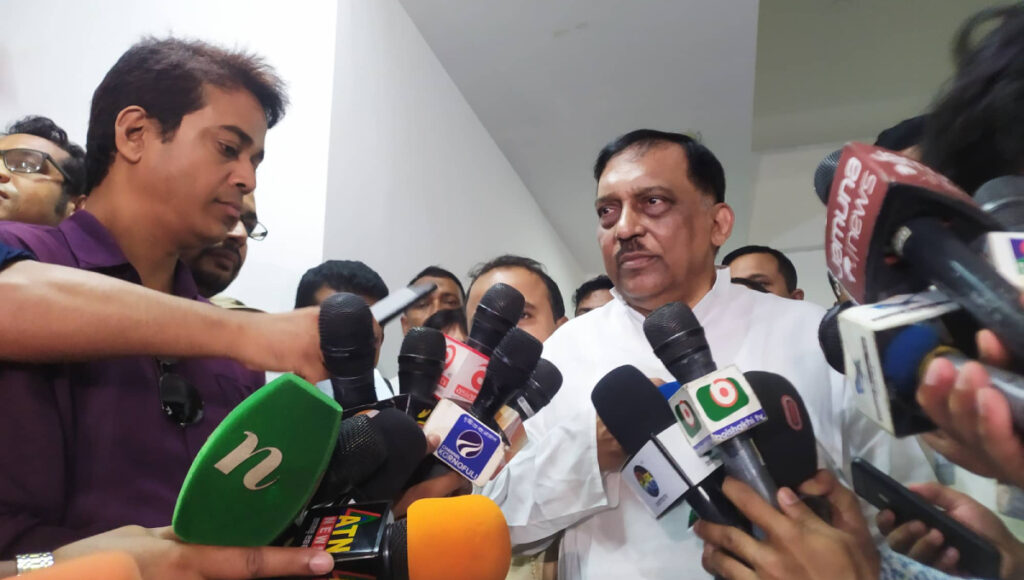 Dhaka, Oct 18 – Home Minister Asaduzzaman Khan Kamal on Friday said the Charghat incident in Rajshahi between Border Guard Bangladesh (BGB) and India’s Border Security Force (BSF) was a misunderstanding which will be resolved through discussion.He made the comment while speaking at Jatiya Press Club at a discussion on the birthday of Sheikh Russel organised by Sampriti Bangladesh.
According to BGB, firing occurred when BSF tried to take back the fisherman detained by BGB for illegally fishing in Bangladesh territory. A BSF member died in the incident, the Home Minister said.
“As far as we know, BSF rejected BGB’s flag meeting offer and tried to snatch the detained fisherman. This triggered a skirmish between the two parties,” he said.
BGB and Fishery Department were jointly patrolling the area as there is an ongoing 22-day ban on catching mother Hilsa, the minister said.
“We think it was a misunderstanding and will be resolved through discussions,” he said, adding that talks between BGB and BSF chiefs are going on.
The incident took place 650 yards inside Bangladesh territory in Shahariaghat Balughat of Padma River under Charghat upazila of Rajshahi, BGB said on Thursday.
In a statement, the border guards said they were forced to fire in self-defence after being attacked by BSF troopers, leading to the death of a BSF soldier.
BGB said BSF members intruded into Bangladesh territory and tried to snatch an Indian fisherman detained while illegally fishing in the Padma River.
“BSF members first opened fire while fleeing towards India,” the BGB said.
The Home Minister said the relation between border guards of the two countries is excellent and that everyone was shocked at the incident. – UNB