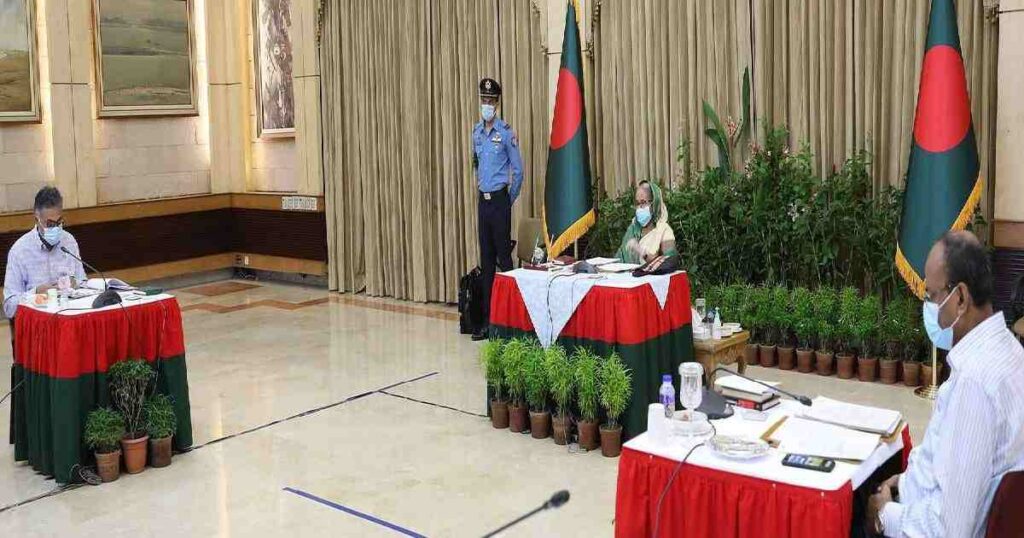 The Cabinet on Monday approved the draft of Sheikh Hasina Medical University, Khulna Bill, 2020 to set up a medical university in Khulna division, aiming to expand the facilities for medical education, research and healthcare services in the region.

The approval came from the weekly cabinet meeting held with Prime Minister Sheikh Hasina in the chair. The PM joined the meeting through a videoconference from her official residence Ganobhaban, while other cabinet members were connected from Bangladesh Secretariat.

“The final approval has been given to the bill as it is essential to set up a medical university in Khulna division to create postgraduate physicians and medical researchers as well as improve the quality of education at medical colleges in the region,” said Cabinet Secretary Khandker Anwarul Islam at a press briefing after the meeting.

He said the bill has been formulated keeping similarities with the laws of Rajshahi, Chattogram and Sylhet medical universities.

Noting the President would act as the chancellor of the proposed medical university, he said all government and private medical, dental and nursing colleges and institutes, and other institutes related to medical education in Khulna division will be affiliated to the university.

“In the bill, research, higher education and the standards of healthcare services and expansion of the facilities were given special importance,” said the Cabinet Secretary.

The move came as part of the government’s plan to set up a medical university in each division of the country.

Besides, the Cabinet gave the final approval to the draft of the Bangladesh Parjatan Corporation Bill, 2020 aiming to make the existing law as a time-befitting one to increase jobs and revenue by flourishing the tourism sector.

In the proposed law, the board of directors of Bangladesh Parjatan Corporation was reconstituted, he said.

Besides, the Cabinet endorsed the proposals for the ratification of two joint statements over establishment of diplomatic ties of Bangladesh with two small Caribbean countries – Saint Kitts and Nevis; and Commonwealth of Dominica.