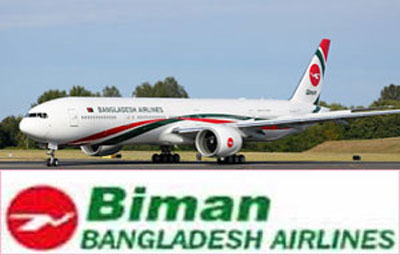 Civil Aviation and Tourism Minister Faruk Khan on Saturday said Biman Bangladesh Airlines, the national flag carrier, will start carrying passengers on domestic routes from November next.“I hope, Biman will start carrying passengers on domestic routes from November. Biman will also carry Hajj passengers from Sylhet to Jeddah this time,” he told reporters at Osmani International Airport, Sylhet.
He said this while inaugurating a Pilot Training Academy – TAC Aeronautical Academy and new MD-83 Aircraft.
The Minister said there is a huge demand for pilot globally, and hoped that the training academy will play a role in fulfilling pilot requirement in Bangladesh.
“Among the pilots here, only 20 percent are Bangladeshi. We mostly hire pilots from foreign countries, and spend huge foreign currency on them. We need to utilise the potential of younger generation here by training them for taking up the job of pilot,” he said.
Faruk Khan urged the private sector to come forward in setting up more pilot training academies for fulfilling the requirement, both domestically and internationally.
He said the government will soon give permission to another pilot training academy in Comilla. “There are training academies in Dhaka, Chittagong, Sylhet and Rajshahi. We’ve a plan to have one in Barisal.”
The minister mentioned that Bangladeshi airports handle some 45 lakh passengers every year. “We need to carry on… we need to enhance our capacity.”
Chairman of the Parliamentary Standing Committee on Civil Aviation and Tourism Ministry Shafiqur Rahman Chowdhury, Civil Aviation Secretary Khursheid Alam Chowdhury, Civil Aviation Authority Chairman Air Vice Marshal Mahmud Hussain and Managing Director of TAC Aeronautical Academy, Capt Tasbirul Ahmed Choudhury were also present.
Tasbirul Ahmed Choudhury said, “After the successful operation of United Airways (BD) Ltd, I felt we should unite once again to create a world-class Pilot Training Academy and Commuter Airline in Bangladesh — this is TAC Aeronautical Academy.”
This new project will be in two phase, Pilot Training Academy and Commuter Airline, he said adding, “Our first phase will be the Flying Training Academy while the second phase Commuter Airline operation.”
The first 100 successful graduate pilots will have the opportunity to join United Airways (BD) Ltd immediately after obtaining the Commercial Pilot License, he said. (Source: UNB)