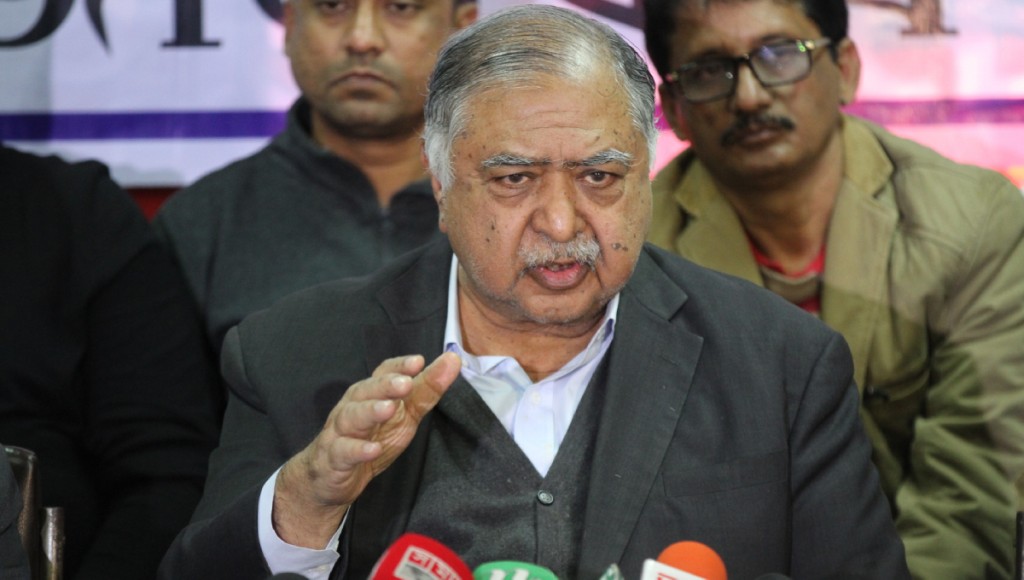 Dhaka, Oct 4 (UNB) – Jatiya Oikyafront Convener Dr Kamal Hossain on Friday said it is not acceptable to blame BNP for casino activities since the party has been out of power for the last 10 years.

“Is it fair to say they (BNP) did everything though they’re out of power for the last 10 years? So, we should understand this allegation has no acceptability,” he said.

Speaking at a discussion, Dr Kamal questioned how the casino business spread in such a way. “How do you think BNP did everything? … I was never a supporter of BNP, and I have been criticising the party. But BNP has not been in power for the last 10 years.”

Dr Kamal, also the president of Gono Forum, said Awami League tries to blame BNP for all the bad incidents that happened in the last 10 years.

He said all, including those who belong to the ruling party, are worried over the country’s current situation.

Voicing concern over the incidents of rape and killing and other criminal activities, he said the reports in daily newspapers on various incidents manifest that the rule of law is absent in the country. “We turn down this government as we didn’t cast our votes for it. We reject the government for its activities.”

Dr Kamal laid emphasis on the unity of people and political parties to save the country and ensure the rule of law.