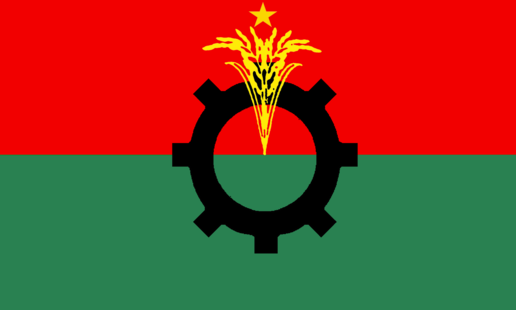 Dhaka, Dec 28 – BNP on Monday alleged that ruling party ‘cadres’ were engaged in vote ‘robbery’ by ‘capturing’ most polling stations during elections to 24 municipalities at different parts of the country.

“Elections to 24 municipalities were held amid bloodbath and vote robbery as in the past. We’ve got information Awami cadres carried out violence in most electoral areas with the help of the administration,” said BNP senior joint secretary general Ruhul Kabir Rizvi.
Speaking at a press conference at BNP’s Nayapaltan central office, he also alleged that the supporters of the ruling party candidates recklessly attacked voters and BNP leaders and activists to maintain the “hard-hitting” image of the government.
“We strongly condemn and protest the incidents that took place in today’s (Monday’s) municipal elections. The voters were deprived of exercising their rights,” he said.
Rizvi said the supporters of Awami League candidates drove out the agents of BNP contestants from polling stations and obstructed voters from going there.
“They (AL) supporters established a reign of terror in the election areas by launching attacks on our leaders and activists and thus captured almost all the polling stations,” he alleged.
The BNP leader said the law enforcers and the local administration played the role of a silent spectators allowing the ruling party supporters to indulge in vote ‘rigging’.
About the price hike, Rizvi said the government has lost control over markets.
Referring to the Agriculture Minister’s comment that millers and wholesalers are raising the price of rice through tricks, he said, “People don’t think that there’s any government in the country. The prices of the essentials, including rice, pulses and oil, are growing every day, inflicting immense sufferings on the low- and middle-income people.”
Rizvi alleged that the ruling-party business syndicates are hiking the prices of daily essentials through manipulating the market. “It’s heard that the money of the syndicate also goes to ministers. So, the market has become uncontrollable.” – UNB