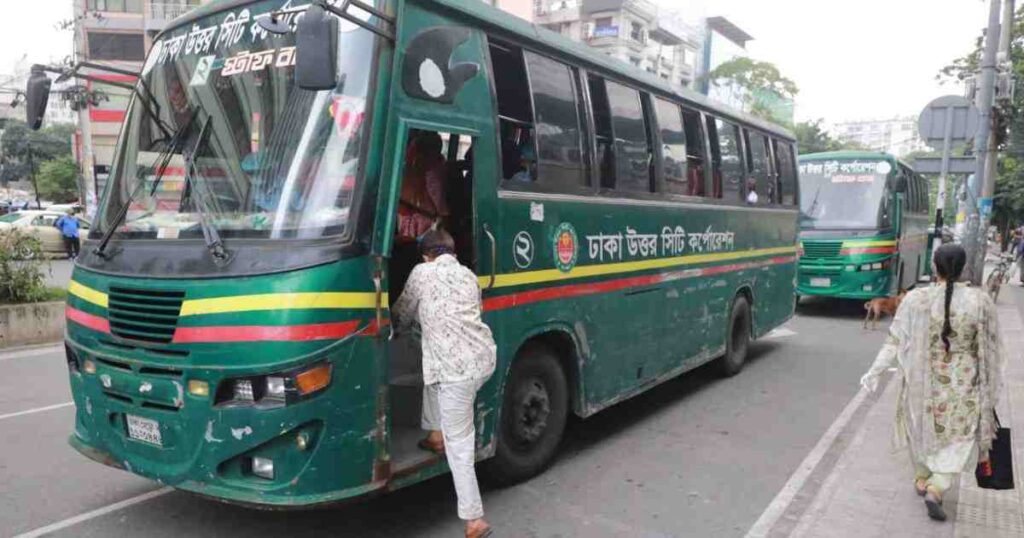 Dhaka, June 01 – Strongly opposing the government’s decision to hike bus fares, the BNP on Sunday said the move will add a new onslaught on the poor as well as those who lost their means of earnings amid the coronavirus shutdown. Speaking at a virtual press briefing from the BNP’s Nayapaltan central office, party senior joint secretary general Ruhul Kabir Rizvi urged the government to immediately withdraw the ‘anti-people’ decision.
The government on Sunday decided to fix the fares of long-haul buses and minibuses across the country, hiking those by 60 percent in order to compensate transport owners who will be carrying 50 percent fewer passengers on usually crowded buses to contain the transmission of coronavirus.
The Road Transport and Bridges Ministry issued a gazette notification in this regard on Sunday.
Earlier on Saturday, a committee of Bangladesh Road Transport Authority proposed 80 percent rise of bus fares.
Describing the bus-fare hike decision as an anti-people policy of the government, Rizvi said ‘it’s also a part of Awami League’s principle to add insult to injury.’
He alleged that Awami League’s vicious policy is to run the country by holding people hostage. “The decision to increase bus fares even before the resumption of transport services has demonstrated how the government is exploiting people and inflicting sufferings on the poor.”
The BNP leader said the daily-wage earners, rickshaw pullers, lower middle class and low-income people are going through immense sufferings as many of them have become unemployed.
Under the circumstances, he said, “We strongly condemn and protest the bus-fare hike move. We demand that the decision be withdrawn immediately.”
The bus services will resume in the country on Monday after over two months of suspension due to the coronavirus shutdown.
Rizvi voiced concerns that the government has put the nation into a serious crisis by lifting the shutdown at the same time as neighbouring India has extended it for another month.
He criticised Awami League general secretary Obaidul Quader for his remark that the government withdrew the general holidays on expert advice. “The entire nation was surprised by such a statement.”
The BNP leader said the government has rather decided to reopen everything ignoring the advice of the WHO, ILO and health experts. – UNB