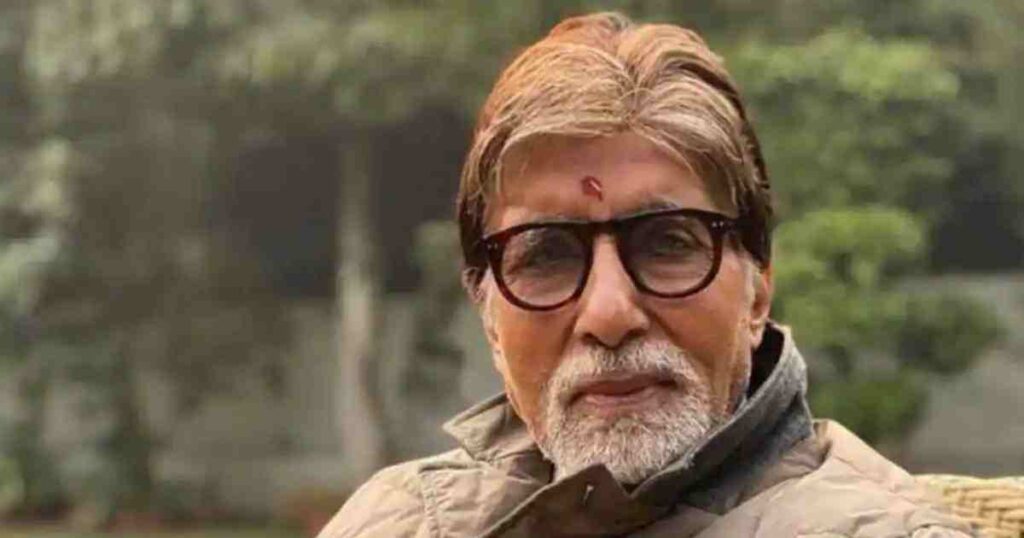 Amitabh Bachchan, one of the biggest superstars of Indian cinema, has tested positive for COVID-19.
His son Bollywood actor Abhishek Bachchan has also been tested positive for COVID-19 on Saturday, soon after his father Bollywood legend, Amitabh Bachchan tested positive for the virus. The 77-years-old actor himself shared this news on his official Twitter account on Saturday night.
“I have tested CoviD positive .. shifted to Hospital .. hospital informing authorities .. family and staff undergone tests, results awaited .. All that have been in close proximity to me in the last 10 days are requested to please get themselves tested !” – Amitabh posted from his verified Twitter account.

He was admitted to Nanavati Hospital in Mumbai where he was accompanied by his son Abhishek Bachchan on Saturday night.
Known for his ‘angry young man’ avatars in films like ‘Don’, ‘Coolie’ and ‘Zanjeer’ – the celebrated actor was previously admitted to a hospital for his recurring liver problem – which according to reports, damaged 75 percent of his liver.
Additionally, the actor contracted Hepatitis B virus in 1982 while undergoing treatment for a near-fatal accident on the sets of his film ‘Coolie’.
Bachchan was last seen in director Shoojit Sircar’s film ‘Gulabo Sitabo’, starring alongside Ayushmann Khurrana. The film premiered on an OTT platform after the coronavirus pandemic-induced nationwide lockdown prevented it from getting released in cinema halls.
His upcoming projects include Ayan Mukerji directed film ‘Brahmastra’ alongside Ranbir Kapoor and Alia Bhatt, and a possible comeback on his popular television show ‘Kaun Banega Crorepati’.
Often called as ‘Big B’ among his fans and peers, Amitabh Bachchan is known for maintaining sound health and disciplined lifestyle among Bollywood celebrities. He was seen to actively aware people in television and social media platforms since the beginning of the COVID-19 pandemic and helped many nationals during the crisis. – Agencies
Bollywood actor Abhishek Bachchan has also been tested positive for COVID-19 on Saturday, soon after his father Bollywood legend, Amitabh Bachchan tested positive for the virus.
In his verified twitter account, Abhishek posted – “Earlier today both my father and I tested positive for COVID 19. Both of us having mild symptoms have been admitted to hospital. We have informed all the required authorities and our family and staff are all being tested. I request all to stay calm and not panic. Thank you.”
Both father and son were tested positive for the disease at a hospital on Saturday night.
Abhishek made his acting debut in 2000 with J. P. Dutta’s war film ‘Refugee’. His first commercial successes came with the 2004 action films ‘Dhoom’ and ‘Run’.
He went on to earn critical appreciation for his performances in the dramas ‘Yuva’ (2004), ‘Sarkar’ (2005) and ‘Kabhi Alvida Naa Kehna’ (2006), later of which won him three consecutive Filmfare Award for Best Supporting Actor.
In 2007, he portrayed a character loosely based on Dhirubhai Ambani in Mani Ratnam’s drama film ‘Guru’, which earned him critical acclaim and a nomination for the Filmfare Award for Best Actor.
Along with his three Filmfare Awards, Abhishek won a National Film Award for Best Feature Film in Hindi for producing the comedy-drama ‘Paa’ (2009), which had his father Amitabh Bachchan in the lead role.
Abhishek has been married to popular actress and former Miss Universe Aishwarya Rai since 2007, with whom he has a daughter. – Agencies