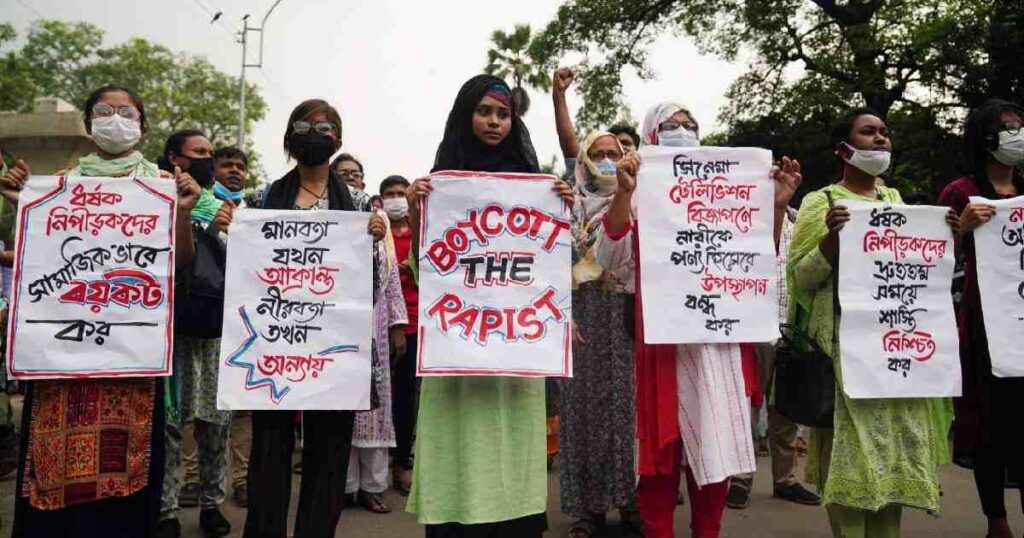 A girl who eloped with her so-called lover was allegedly raped by him and his friends for eight days at a house in Kollogram, a suburban area of Sylhet city. Police on Sunday rescued the victim and arrested two people, including the ‘lover’, in this connection.

The victim’s father then lodged a complaint with Goainghat Police Station against Zakir. Zakir took the girl to Kollogram and confined her to a house where he along with his friends violated her in turns for eight days.

Following the complaint, police conducted a drive in Kollogram area on Sunday night and rescued the victim. They also arrested Zakir and one of his friends, Ali Hossain, son of Cherag Ali, from the house.

Quoting the victim, police said she had a love relation with Zakir and fled home with him as he forced her to do so.

“He [Zakir] suddenly arrived at our house on the night of November 20 and insisted that he would take his own life if she doesn’t elope with him,” the victim was quoted as saying.

Abdul Ahad, officer-in-charge of Goainghat Police Station, said legal action will be taken against the accused after an although investigation. He said the hunt to arrest others for their suspected involvement in the incident continues.

Despite the introduction of death penalty as the highest punishment for rape, the horrific rape incidents are going on across the country.

Parliament passed the Women and Children Repression Prevention (Amendment) Bill 2020 on November 17 with death penalty as the highest punishment for rape.

The government move came after massive countrywide protests by people against rape and violence against women.

Nearly a thousand rape incidents, including over 200 gang rapes, were reported between January and September this year, according to Ain o Salish Kendra (ASK).

Forty-five of the victims were killed after rape and 12 others took their own lives. Three women and nine men were killed for protesting against the incidents of sexual harassment, ASK said.