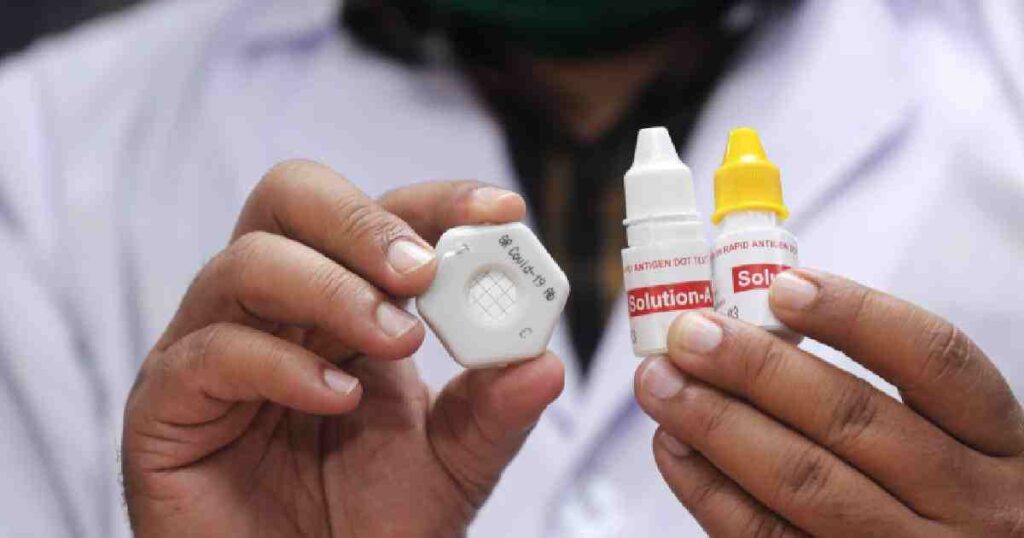 The authorities of Bangabandhu Sheikh Mujib Medical University (BSMMU) on Saturday formed a six-member committee to conduct the performance study of the Covid-19 rapid testing kits developed by Gonoshasthaya Kendra.

He said they constituted the committee following a meeting with a delegation of Gonoshasthaya Kendra.

The VC said the committee will start working on the matter after further discussions with the Gonoshasthaya authorities on Sunday.

Contacted, Gonoshasthaya Kendra founder Dr Zafrullah Chowdhury thanked the BSMMU authorities for forming the committee and hoped that they will soon start their activities to this end.

He urged the BSMMU team to complete their study by a week.

Zafrullah said the European Union has showed interest in importing their kits.

On Thursday, Directorate General of Drug Administration (DGDA) gave Gonoshasthaya the permission to get its Covid-19 rapid testing kits tested.

The DGDA informed Gonoshasthaya that the performance study of the kits could be done either at the BSMMU or IEDCR.

On April 25, Gonoshasthaya Kendra authorities handed over their testing kits to the BSMMU and the US Centers for Disease Control and Prevention (CDC) for the final approval.

Gonoshasthaya Kendra has developed the “easy, effective and cheap” method to test coronavirus or Covid-19.

Gonoshasthaya-RNA Biotech Limited, a sister concern of Gonoshasthaya, with the help of experts from Singapore developed the method named ‘Gonoshasthaya Rapid Dot Blot.’

On March 17, Gonoshasthaya Kendra declared that they had developed a testing kit that can examine samples to detect Covid-19 within 15 minutes.UNB