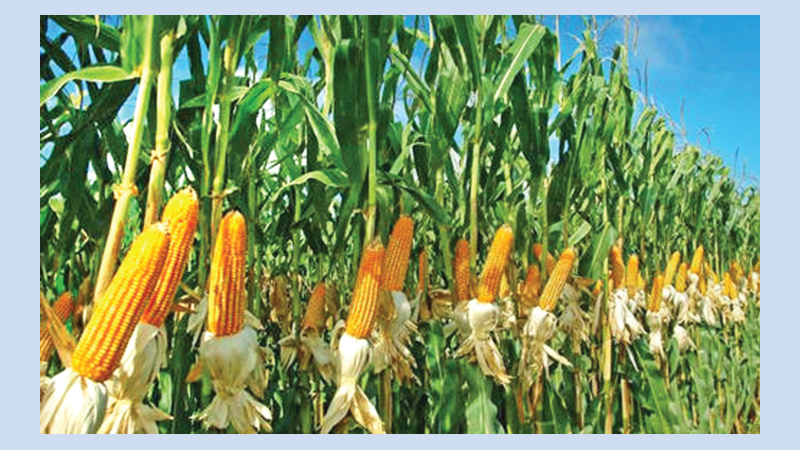 JAMALPUR, June, 26: The district saw bumper maize production, making farmers happy this year.Department of Agriculture Extension (DAE) office sources said farmers got 119272 tonnes of maize this year, exceeding the production target by 8800 tonnes.
They said various reasons including low prices of DAP fertiliser, using of various high breed seed, favorable weather and absence of past attack are behind the bumper production of maize this year.
The highest production of maize occurred in Dewanganj upazila, amounting 54355 tonnes. Besides farmers got 4570 tonnes of maize in Jamalpur sadar, 16885 tones in Sarishabari, 5115 tones in Melandah, 16200 tones in Islampur, 9600 tones in Madarganj and 12547 tones in Bakshiganj.
Farmers cultivated maize on 10194 hectares in 2018-2019, 8647 hectares in 2017-2018 and 8358 hectares in 2016-2017 in the district.
Sobahan, a maize farmer at village Sataria in Sarishabari Upazila, told BSS that he cultivated the crop on five Bigahs of land and got 32 mound of maize in per Biga.
During first stage of harvesting, per mound maze was sold at Tk 850 but it is now being sold at Tk 600 to 650. DAE’s Deputy Director Md Aminul Islam said “we are encouraging farmers to cultivate maize through various incentive programmes”.
He said farmers cultivate maize on extensive land in Char areas because it needs less irrigation.
Maize cultivation is increasing in the district as farmers got good yield along with fair price of their products, he added.