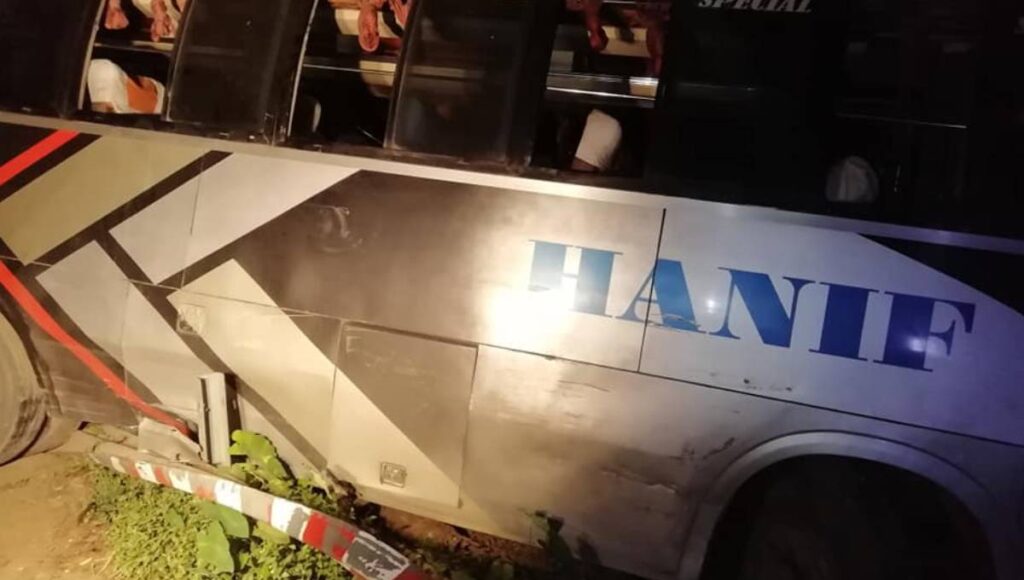 Thakurgaon, Sept 9 (UNB) – A woman was killed and 17 other people were injured when a bus plunged into a ditch at Sattyapir Bridge in the district town early Monday.

The identity of the deceased could not be known yet.

Quoting witnesses, Ashiqur Rahman, officer-in-charge of Sadar Police Station, said the accident took place around 4 am when the Panchagarh-bound bus of ‘Hanif Enterprise’ fell off from a bridge and plunged into a road side ditch after hitting an electric pole, leaving the woman dead on the spot.

The injured were taken to local hospital.