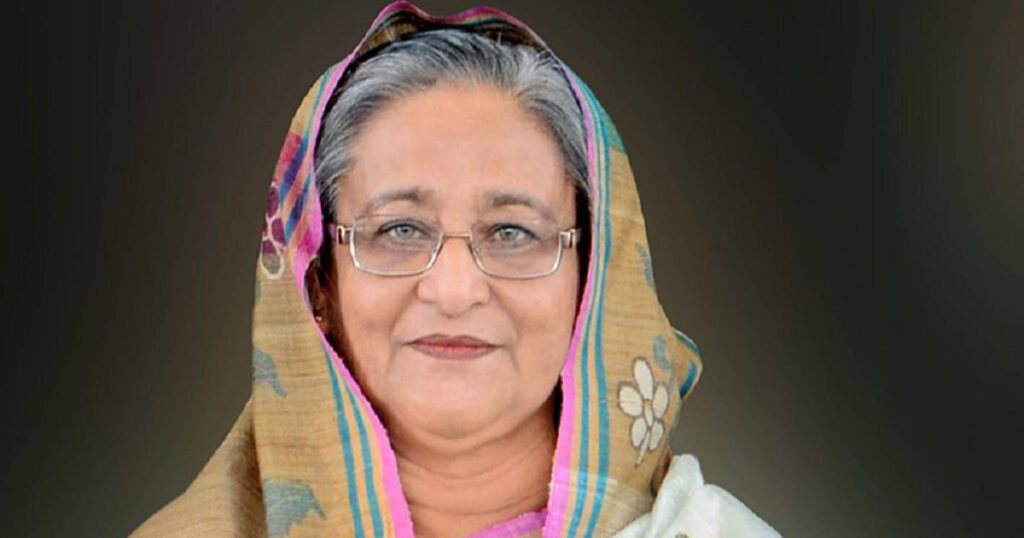 Prime Minister Sheikh Hasina on Tuesday put emphasis on rapid industrialisation without reducing food production in the country.“Since our economy is agriculture-dependent one, industrialisation is badly needed for reducing dependency on agriculture,” she said while addressing the 34th meeting of the Board of Governors of the Bangladesh Export Processing Zones Authority (BEPZA).
Sheikh Hasina, also the Chairperson of BEPZA Board of Governors, presided over the meeting held at the Prime Minister’s Office.
She said industrialisation is essential to generate employment, increase export volume, internal demand and purchasing capacity, and improve socioeconomic condition of people alongside developing the country further.
The Prime Minister, however, said it is needed to be careful so that food production is not affected during industrialization.
“We’ll have to pay a special attention so that our food production doesn’t decline. Our goal is to increase food production and ensure food safety with the rise in our population. The demand for food will never fall in the world. Instead, it’s increasing day by day,” she said adding, “We’ll have to go ahead with the industrialisation protecting the environment.”
She praised the role of BEPZA in the industrialisation process saying that BEPZA has been contributing enough to this end. “So, Bangladesh is receiving local and foreign investments.”
The Prime Minister said Bangladesh is the most attractive destination for investment as her government has been able to create this environment. “Bangladesh is the most lucrative place for investment and this situation must be maintained.”
This investment-friendly atmosphere has been created due to young workforce, prolong political stability and continuation of democratic process, said Sheikh Hasina.
At the meeting, BEPZA Executive Chairman Major General SM Salahuddin Islam made a presentation on the activities of the regulatory body and the implementation process of decisions taken in the 33th meeting of the BEPZA board of governors.
Foreign Minister Dr AK Abdul Momen, Home Minister Asaduzzaman Khan, Industries Minister Nurul Majid Mahmud Humayun, Textiles and Jute Minister Golam Dastagir Gazi, State Minister for Power, Energy and Mineral Resources Nasrul Hamid, State Minister for Shipping Khalid Mahmud Chowdhury and State Minister for Labour and Employment Begum Munnujan Sufian were present on the occasion.
PM’s Principal Secretary Md Nojibur Rahman conducted the meeting. PMO Secretary Sajjadul Hassan and PM’s Press Secretary Ihsanul Karim were, among others, present, reports UNB.