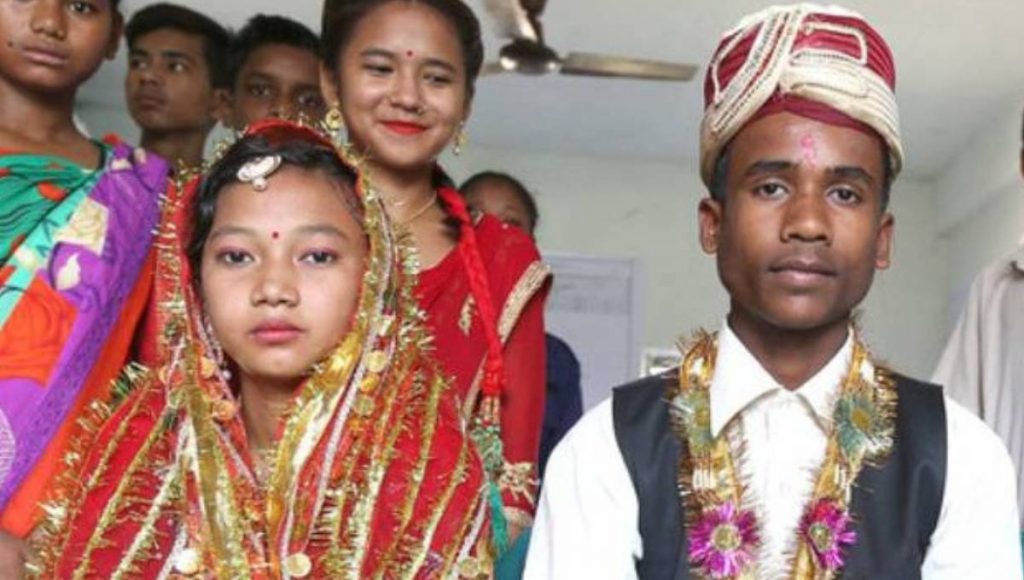 Sirajganj, Jan 9 – A seventh grader from Sirajganj’s Belkuchi upazila was saved from early marriage at the intervention of the local administration on Thursday night.

Upazila Nirbahi Officer Md Anisur Rahman went to the girl’s house with members of law enforcement. By then, preparations were underway to marry off the 14-year-old to a 25-year-old man.
A mobile court, led by UNO Anisur, stopped the child marriage and fined her father Tk 5,000.
The girl’s father also gave an undertaking that he would not marry her off until she reaches adulthood.
Child marriage in Bangladesh
A UNICEF report released in October last year noted that despite significant progress in recent years, Bangladesh has the highest prevalence of child marriage in South Asia and ranks among 10 countries in the world with the highest levels.
It called for accelerated action to end child marriage in Bangladesh by 2030.
The report, “Ending Child Marriage: A Profile of Progress in Bangladesh”, said the country will need to put in more efforts to bring change to achieve the Sustainable Development Goal (SDG) target to end child marriage by 2030, and the national target to end child marriage by 2041.
Progress must be at least eight times faster than the rate of the past decade to meet the national target, and 17 times faster to meet the SDG target, it said.
While the prevalence of child marriage in Bangladesh has dropped from over 90 percent in 1970, it remains very high: 51 percent women who are currently aged 20-24 were married while they were still children.
As a result, the country is home to 38 million child brides who were married before their 18th birthday, including 13 million who married before the age of 15.
The ongoing COVID-19 pandemic now threatens to roll back progress on ending child marriage. – UNB