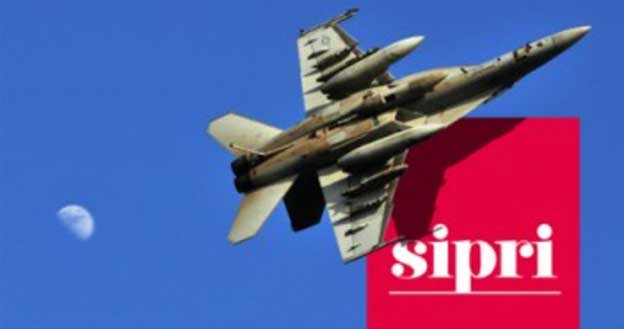 By Thalif Deen
UN, Apr 29 (IPS) – China and India, which went to war back in 1962 largely over a disputed Himalayan border– and continue a longstanding battle for military supremacy in Asia– have set a new record in arms spending. For the first time, the world’s two most populous nations, accounting for a total of over 2.7 billion people, are now among the top three military spenders, ranking behind the United States.
In its latest report on global military expenditures, the Stockholm International Peace Research Institute (SIPRI) says the five largest spenders in 2019, accounting for 62 per cent of expenditures, were the United States, China, India, Russia and Saudi Arabia, in descending order.
China’s military expenditure reached $261 billion in 2019, a 5.1 per cent increase compared with 2018, while India’s grew by 6.8 per cent to $71.1 billion.
Total global military expenditure rose to $1.9 trillion in 2019, representing an increase of 3.6 per cent from 2018 and the largest annual growth in spending since 2010.
“These numbers would be staggering in any context, but in the middle of a global pandemic we have even more reason to be alarmed,” said Tori Bateman, Policy Advocacy Coordinator for the American Friends Service Committee.
“Instead of spending trillions on preparing for destructive wars, the United States and other countries across the globe should be protecting and providing for their people by investing in public health,” he noted.

Dr. Natalie J. Goldring, a Senior Fellow and Adjunct Full Professor with the Security Studies Program in the Edmund A. Walsh School of Foreign Service at Georgetown University, told IPS military spending by China and India likely reflects both their mutual rivalry within the region and their individual quests for power in the global context.
The two countries also faced a border standoff in 2017.
She pointed out that the SIPRI data indicate the extent to which many countries, especially the United States, have profoundly misplaced budget priorities.
Unfortunately, many national leaders seem to see military spending as an indicator of national prestige, said Dr Goldring, who is a Visiting Professor of the Practice in Duke University’s Washington DC program and also represents the Acronym Institute at the United Nations on conventional weapons and arms trade issues.
“From the perspective of those of us who support decreasing military spending, heads of state bragging about their countries’ military prowess often reflects toxic masculinity”.
President Trump is a prominent example of this phenomenon, she declared.
Asked about the record spending by the two Asian giants, Siemon Wezeman, Senior Researcher at SIPRI’s Arms and Military Expenditure Programme, told IPS: “The main reasons are: perception or even reality of threats.”
China, he pointed out, looks with suspicion and worries at its surroundings and its interests further away (including resources on which China is dependent from the Middle East and Africa; markets and protection of export transport lines on which it is also dependent).
This includes a worry about US power and intentions.
India, at war with Pakistan, has internal conflicts and fears a big and growing China hovering at the contested Chinese-Indian border, he noted.
China, being allied with Pakistan, friendly with Myanmar, Bangladesh, Nepal and Sri Lanka, also sees India’s unhealthy interest in the Indian Ocean, said Wezeman.
“They both think of themselves as major powers, and China even as a superpower.
And both seem to believe that any major or superpower status is partly based on military might,” he noted.
So, both are building up significant military forces not only for home defence but also for potential operations away from the homeland, armed with high-tech weapons from an expanding local arms industry – all expensive said Wezeman.
Certainly, for China, he argued, the military and the People’s Armed Police, (which we count as enough military-trained and equipped to be included in our estimate of China’s military spending) are a cornerstone of government control over the population.
According to SIPRI, the United States once again dominates the rest of the world in its military spending, accounting for 38 percent of global military spending in 2019, more than the next nine countries combined.
Reacting to the latest SIPRI report, 39 U.S.-based think-tanks, non-profits, and faith-based organizations released a statement calling on the U.S. government to reduce military spending, according to the American Friends Service Committee.
Meanwhile, China accounted for 14 percent of the global total military expenditures in 2019. India (3.7 percent), Russia (3.4 percent), and Saudi Arabia (estimated at 3.2 percent) were closely bunched in third, fourth, and fifth places.
Global military expenditure was 7.2 per cent higher in 2019 than it was in 2010, showing a trend that military spending growth has accelerated in recent years,’ said Dr Nan Tian, SIPRI Researcher.
‘This is the highest level of spending since the 2008 global financial crisis and probably represents a peak in expenditure.’
Asked about the negative impact of the coronavirus crisis on future military spending, Dr Goldring told IPS no one knows what the full consequences of the coronavirus will be.
She said economists warn of the prospect of a global depression, while also arguing that many countries are already experiencing recession.
The Director of the Centers for Disease Control and Prevention recently warned that the coronavirus is likely to return in the fall and that it may be even more difficult to manage than is currently the case.
“It’s time for countries to reevaluate their priorities. Otherwise, although military spending and arms transfers may decrease as a result of the economic effects of the coronavirus, these decreases are likely to only be temporary.”
“The coronavirus tests countries’ willingness to put their people’s needs first. Unfortunately, we’ll only be able to determine in retrospect whether that has happened, as we examine the extent to which countries reallocate funds from military spending to meet people’s critical needs, including their needs for food, water, shelter, health care, and physical safety.”
“This is no time for business as usual,” said Dr Goldring
Wezeman said: “We don’t like to predict the future. Everyone agrees now that the covid-19 crisis will result in a severe economic crisis already this year”.
He said the International Monetary Fund (IMF) expects gross domestic product (GDP) to go down in many states or at least grow much less than expected just a few months ago.
“This will impact on government income and on spending priorities – while health care, social spending, investments to get the economy going again are probably in many states going to be a higher priority than defence.”
That is what happened, he said, in recent economic crises such as in 2008-2009 and the late-1990. In some states, cuts have already been made (e.g. Thailand, Malaysia).
However, military spending does not only depend on the economy — other issues are part of the decision on how much to spend, especially threat perceptions, that may be found in some states are more important than other government spending posts, he noted.
While some funds in military spending are more flexible (mainly on acquisitions of equipment) that can be cut fast, mostly spending is quite fixed (salaries and pensions make up a very large part of military spending in most states) and thus the cuts or reduced growth in military spending can only be implemented over a few years, Wezeman declared.
(Thalif Deen is a former Director, Foreign Military Markets at Defense Marketing Services (DMS); a Senior Defense Analyst at Forecast International; and military editor Middle East/Africa at Jane’s Information Group.) 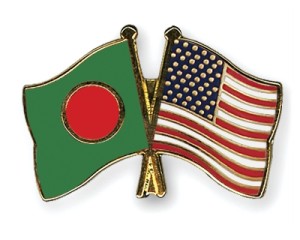 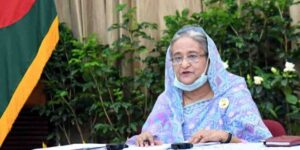