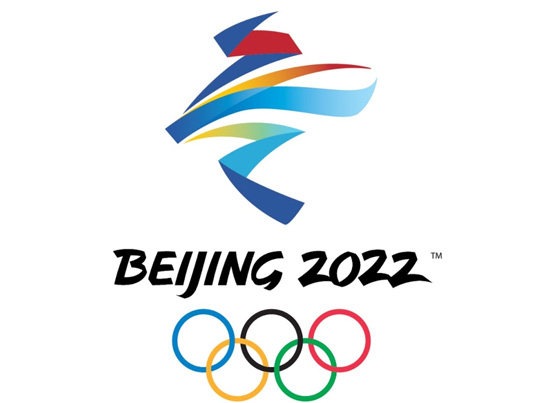 With Tuesday marking a two-year countdown until the 2022 Winter Olympic Games, Chinese athletes are not wasting a single second in preparation for the quadrennial winter sports extravaganza on home soil.Undeterred by the ongoing novel coronavirus outbreak across the country, Chinese athletes remain in training and competitions, against all odds. Relevant governing bodies are also attempting to limit the spread of the virus to a minimum with a series of strict measures.
With coronavirus outbreak prevention and control a national priority in China, no confirmed or suspected cases have been discovered among all China’s national teams, according to Liu Guoyong, vice president of the Chinese Olympic Committee (COC).
The teams’ new training policy, which is centered around isolated training and management, aims to ensure a “clean” environment for all athletes.
However, many sporting events in China have been postponed, delayed or canceled, such as the 14th Chinese National Winter Games in north China’s Inner Mongolia Autonomous Region, and the men’s Alpine Ski World Cup, set to be held on the Beijing 2022 course in Yanqing.
For Chinese athletes participating in competitions overseas, China’s General Administration of Sport has also taken measures to ensure their safe participation.
On July 31, 2015, Beijing was announced as the host city for the 2022 Winter Olympics.
Since then, China has revealed an ambitious plan for the 2022 Games: full participation in 109 events and the best ever result in its history.
Despite scoring just one gold medal at PyeongChang 2018, the Chinese delegation had already made strides in terms of Winter Olympic participation, featuring across 53 events – its highest total to date.
Still, more than doubling its representation at the 2022 Games will be a historic challenge for China.
Under the current regulations, China will qualify directly for 61 events out of 109, while the remaining 48 will be decided through ranking points.
Featuring in all events will be an ambitious undertaking, as around one-third of Winter Olympic events had not been widely practised in China before it was awarded the 2022 hosting rights.
With this in mind, China has looked overseas for guidance, with 170 foreign nationals currently working on the coaching staff of China’s national teams, up from just two in 2014.
A number of world famous coaching teams have established cooperation with China’s Winter Sports Management Center, including Canadian figure skating coach Brian Orser, who led South Korea’s Kim Yuna and Japan’s Yuzuru Hanyu to Olympic gold medals.
Besides joining forces with world renowned coaches, China has also moved forward in technological research and development, while maintaining a zero-tolerance stance against doping.
With two years to go until the Games, China is also working on streamlining its pool of elite athletes.
Ni Huizhong, director of the China’s Winter Sports Management Center, revealed that the number of athletes preparing for Beijing 2022 slumped from over 4,000 to 1,153 last year.
Chinese athletes’ results proves that the strategy has been at least partially successful, with gold and total medals having more than doubled those at the same stage in the previous season.
However, Ni urged a note of caution towards this achievement.
“We still have clear weaknesses and disadvantages, especially in some events, where we are encountering a big crisis,” he observed.
Beyond achieving full participation and its best ever result at Beijing 2022, China is also focused on ensuring a lasting post-Games winter sports legacy.
According to Ni, China’s Winter Sports Management Center has considered establishing a second-string national team, aiming to maintain the development of Chinese winter sports after Beijing 2022.
Around 300 athletes are expected to be recruited onto the team, which will have specific training bases, staff members and plans.
Another expected benefit is the increase in expertise. China can expect a number of professional winter sports experts in the future, thanks to their experience of having learned from top-level foreign experts.
“This is an important target that China’s Winter Sports Management Center is focusing on during Beijing 2022 preparations,” acknowledged Ni.
With China having announced ambitious plans to involve 300 million people in winter sports, the Winter Sports Management Center has called for stronger mass participation in winter sports through various activities in recent years.
Last March, China lifted winter sports development to a national level, anticipating a balanced development of Chinese winter sports and clear progress towards mass participation in 2022, reports Xinhua, BEIJING.