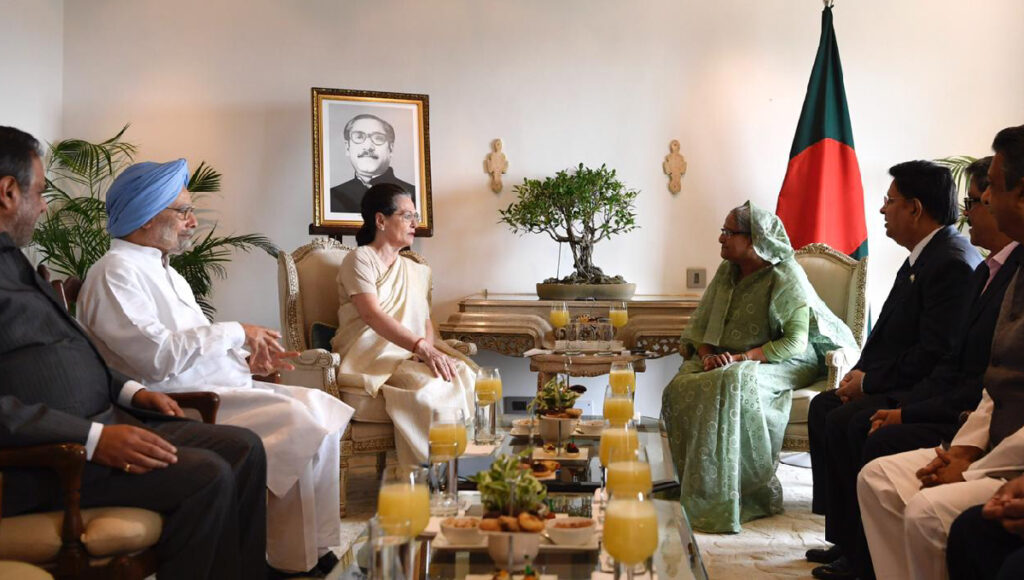 Sonia Gandhi was accompanied by former Indian Prime Minister Manmohan Singh and her daughter Priyanka Gandhi at the meeting.

During the meeting, they exchanged pleasantries and recalled their old memories.

The Prime Minister recalled the contributions of the Indian government and its people to the Liberation War of Bangladesh in 1971.

Later, Priyanka Gandhi, one of the Congress General Secretaries, tweeted, “An overdue hug from Sheikh Hasina Ji whom I have been waiting to meet again for a long time. Her strength in overcoming deep personal loss and hardship and fighting for what she believed in with bravery and perseverance is, and always will be a great inspiration for me.”