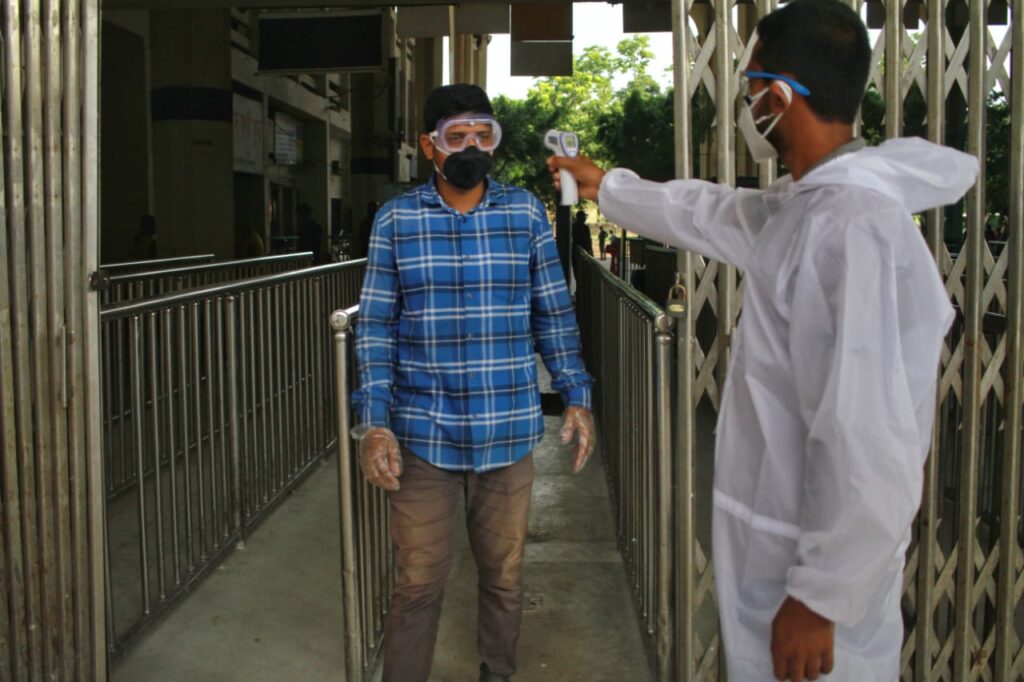 Bangladesh saw another spike in the number of coronavirus cases and deaths as the health authorities announced the detection of 2,423 new cases and 35 deaths in the last 24 hours on Thursday.“With the latest figures, the death toll reached 781 while the number of confirmed cases stood at 57,563, said Prof Dr Nasima Sultana, Additional Director General of the Directorate General of Health Services (DGHS) at a regular online briefing.
In the last 24 hours, 50 coronavirus testing laboratories across the country tested 12,694 samples, she added.
She also said that in the last 24 hours 571 coronavirus-infected people made full recovery in the country.
Bangladesh confirmed its first cases on March 8 and the first death on March 18 but it has been seeing a sharp rise in both new cases and deaths in recent weeks.
In the last month alone, the country recorded 452 deaths and 39,386 confirmed cases.
In March, the number of confirmed cases was 51 and six people were killed. In April, 160 people were killed while 7,616 confirmed cases were reported.
Global situation
The number confirmed coronavirus cases across the world has gone up to 6,429,453 while the death toll reached 385,873 on Thursday morning, according to the Centre for System Science and Engineering of the Johns Hopkins University.
According to JHU data, Brazil has 584,016 confirmed coronavirus cases, the second highest in the world after the USA. The South American country lost 32,548 lives to Covid-19 till date.
The US has the highest number of confirmed cases and deaths. It recorded 107,148 deaths and 1,851,530 cases so far. In the US, New York State alone counted 30,019 deaths till date.
The UK has the second-highest death toll at 39, 811, followed by Italy with 33,601, France 29,024 and Spain 27,128, according to Johns Hopkins University.
Some countries like China and New Zealand seem to have the pandemic under control. Besides, Europe is in the process of lifting lockdown.
Coronavirus cases were first reported in China in December last year.
The World Health Organisation (WHO) declared the coronavirus crisis a pandemic on March 11, reports UNB.