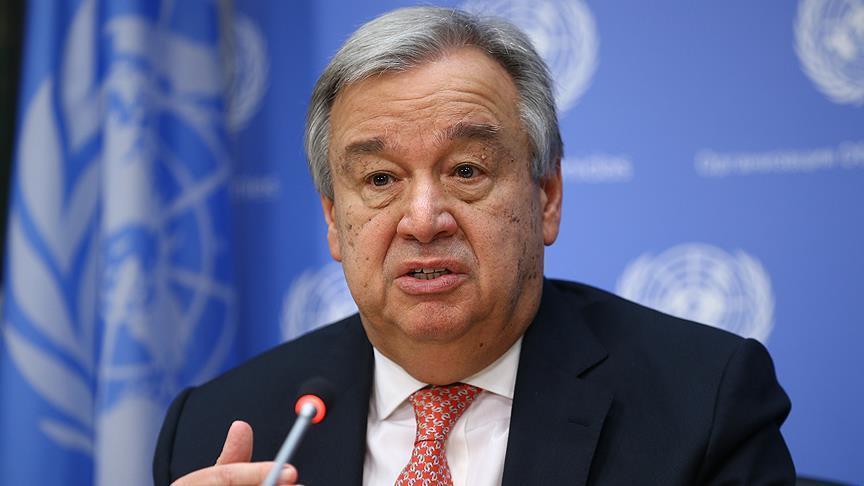 The current coronavirus outbreak is the biggest challenge for the world since World War Two, UN Secretary General António Guterres has warned.He said it could bring a recession “that probably has no parallel in the recent past”.
Mr Guterres was speaking at the launch of a UN report on the potential socioeconomic impact of the outbreak.
The number of confirmed cases around the world is now nearing 860,000, with more than 42,000 deaths.
The death toll in the US is now more than 3,800 – higher than that in China, where the outbreak began late last year.
More than 188,000 people in America have been infected, according to the data compiled by Johns Hopkins University.
About three out of four Americans are now, or about to be, under some form of lockdown, as more US states tighten measures to fight the coronavirus, which causes the Covid-19 disease.
Meanwhile, Spain, one of the worst-hit countries, recorded 849 deaths in the last 24 hours – the highest number of fatalities in a single day.
In the UK, a total of 1,789 people have died on 30 March – a rise of 381, officials say. Among the victims was a 13-year-old boy, King’s College Hospital Trust in London said.
What did Mr Guterres say?
Speaking at the UN headquarters in New York City, Mr Guterres said: “The new coronavirus disease is attacking societies at their core, claiming lives and people’s livelihoods.
“Covid-19 is the greatest test that we have faced together since the formation of the United Nations.”
The UN chief called for “an immediate co-ordinated health response to suppress transmission and end the pandemic”.
Mr Guterres urged the industrialised nations to help those less developed, or potentially “face the nightmare of the disease spreading like wildfire”.
The UN report estimates that up to 25 million jobs could be lost around the world as the result of the outbreak.
It also projects an up to 40% “downward pressure” on global foreign direct investment flows. – BBC News