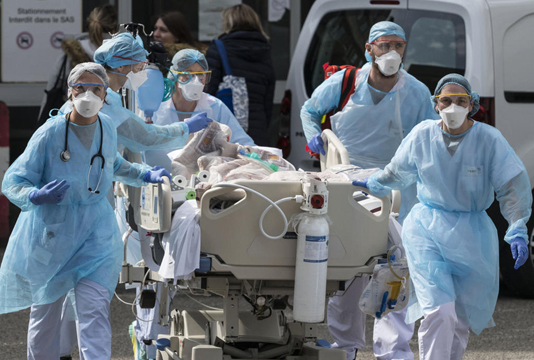 Dhaka, Apr 19: Bangladesh again broke all previous records of Covid-19 deaths registering 112 fatalities in a 24-hour period until Monday morning. The country saw over 100 deaths for the fourth consecutive day.
The latest fatalities pushed up the death tally to 10,497 with a mortality rate of 1.45 percent, according to a handout from the Directorate General of Health Services.
Besides, 4,271 new cases were reported during the period after testing 24,152 samples. The infection rate was 17.68 percent, down from 19.06 percent on Sunday.
On Sunday, 19,404 samples were tested. The number was 34,630 on April 7 when the country recorded its highest single-day cases of 7,626.
Bangladesh reported its first coronavirus cases on March 8, 2020, and the first death on March 18 that year.
The authorities have so far confirmed 723,221 cases. Among them, 621,300 people – 85.91 percent of all patients – have recovered.
The virus claimed 568 lives in January this year, 281 in February and 638 in March.
The country is passing through a ‘strict’ lockdown at the moment but the people are still indifferent towards health guidelines and safety rules. People are going out of their homes, roaming the streets and gathering in tea stalls for chattering.
The government has decided to extend the ongoing lockdown by another week from April 22, reports UNB.