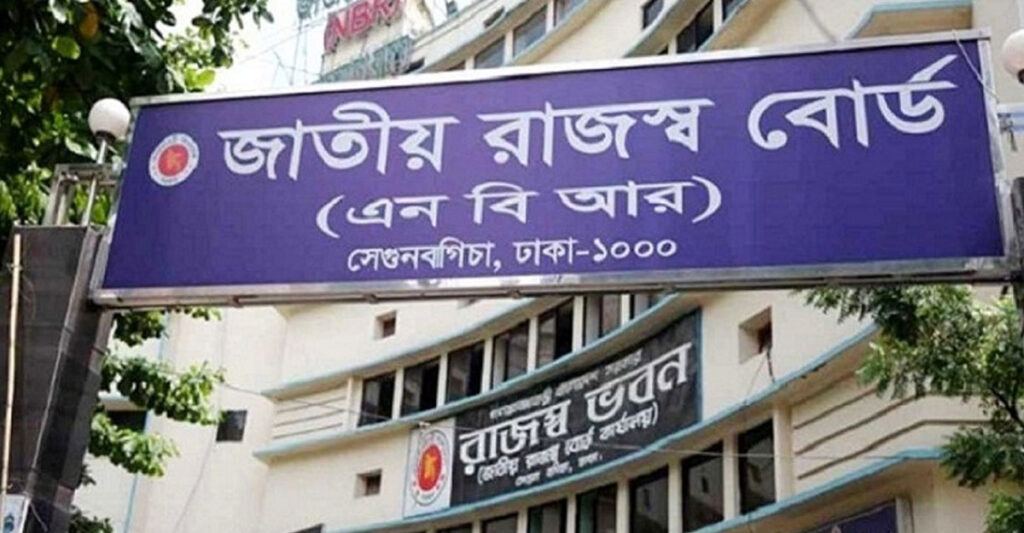 Dhaka, Feb 25 (UNB): The National Board of Revenue (NBR) has devised five strategies to boost its revenue collection offsetting the negative impacts of the Covid-19 pandemic.
The decision to adopt the methods was taken at a meeting of the ‘Budget Management Panel’, held recently with Finance Minister AHM Mustafa Kamal in the chair.
The strategies are: Using electronic fiscal devices (EFDs in all business entities from shopping malls to restaurants, expansion of income tax net, implementation of the VAT law, automation of bonded warehouses and improving non-tax revenue collection.
The total revenue collection for 2020-21 fiscal was estimated to be Tk 3780 billion where the NBR will contribute Tk 3,300 billion. The revenue from non-NBR sources was estimated at Tk 150 billion while non-tax revenue at Tk 330 billion.
Of the grand amount for the NBR, Tk 1039.45 billion will come from income, profit and capital taxes, while Tk 1251.62 billion from VAT, Tk 578.15 billion from supplementary tax, Tk 378.07 billion from import duty, Tk 0.55 billion from export duty, Tk 36.86 billion from the excise duty and Tk 15.30 billion from other taxes.
According to available data, the revenue collection by the NBR in the first half of the fiscal year (July-December) faced a shortfall of Tk 307.91 billion.
During the stipulated time, the revenue collecting authority was supposed to collect Tk 1412.25 billion but it was only Tk 1104.34 billion.
Still, the collection is 4.10% higher than the previous year. The collection was Tk 1060.88 billion during the same period of the last 2019-20 fiscal.
The collection growth for the first five months (July-November) was 3.19 percent where the NBR managed to collect Tk 870.93 billion.
As of November, VAT had been the highest contributor to the revenue collection with Tk 334.46 billion.
The Customs Wing showed its success in terms of percentage exceeding the target and collecting 6.24% higher revenue. The collection from this sector was Tk 277.13 billion.
Till November last year, the Income Tax Wing collected Tk 259.33 billion but it was Tk 248.83 billion during the corresponding period of the previous fiscal.
“As the economy of the country as well as the world was in a standstill due to the Covid-19 pandemic, the revenue collection along with the business activities came to a halt for a long time,” a senior official at the NBR said.
NBR Chairman Abu Hena Md Rahmatul Muneem at a recent programme said that three wings — income tax, VAT and customs — worked hard during the pandemic. He was hopeful with the present state of growth regarding the revenue collection and expressed his optimism over a better revenue growth in the coming days.
On August 25, 2020, the NBR entered EFD-era by installing 100 machines — 80 in Dhaka and 20 in Chattogram.
So far, as per information received from the NBR, the revenue collecting authority has installed some 1,500 such machines. It has planned to install 3000 EFDs within this month while 4,000 devices in March and 10,000 by end of this fiscal (June).
According to sources at the NBR, it will install EFDs in other cities of the country in addition to Dhaka and Chattogram.