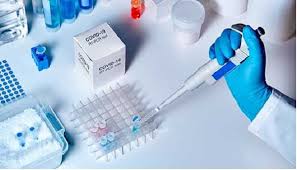 DHAKA – The cricketers and other stakeholders who are involved with the BCB President’s Cup underwent for Covid-19 test once again on Sunday.

The result of the test will be available tomorrow (Monday). The players and other staff have now been in a bio-secure bubble at Hotel Sonargaon.

BCB officials said samples for the corona test were taken from a total of 126 people including the players, coaching staff, team bus driver, helper, staff of Hotel Sonargaon. Earlier, all those people underwent the corona test on October 9, just two days before the start of the tournament. Then two people who are not under jurisdiction of BCB returned positive and they were sent to isolation.

Meanwhile, the BCB has sent 10 cricketers and two supporting staff of the under-19 team to isolation. They have been kept in isolation at the BCB academy after showing corona symptoms. The rest are in BKSP. The BCB has decided to suspend the camp of the Under-19 due to the postponement of the Asia Cup.

So far, the BCB has not had to face anything big on the corona issue. Concerned authorities said that the BCB is benefiting after splitting the stadium area into red and green zones. The places that cricketers use are the green zones. All places outside of this are included in the Red Zone.

This green zone is overseen by specific staff. The red zone also houses the BCB office, media plaza, gallery, parking area and furniture shops on one side of the stadium. No one in the red zone can enter the green zone without permission.BSS