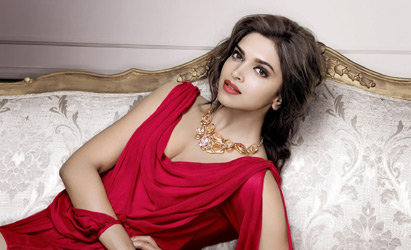 Indian actress Deepika Padukone has become the most desirable woman in 2012 by Time magazine.Over seven lakh votes received in online polls decided the winners for the magazine’s ‘The 50 Most Desirable Women of 2012’.
The Times of India talks to Deepika Padukone, who tops the list.
What, according to you, makes you the most desirable woman of 2012?
I do hope that my desirability comes from my work and the person I am and that it’s not just limited to the physical attributes.
I am told I come across as a person who is warm and real. At the same time, people aspire to be like me as I am a young achiever without a film industry background.
Who would be the most desirable man for you?
Not as a daughter, but I find my dad really desirable and admire him for the person he is.
In the way that he handles his success or the human being he is or his being an achiever, but yet being simple and humble. Men of that generation are rare to find today.
That’s what I will want in my man when I decide to settle down. Among my co-stars, at the moment my most desirable man will be Shah Rukh Khan.
In my first film ‘Om Shanti Om’, I was new and extremely quiet and was just absorbing the experience. Working on Chennai Express has brought me closer to him and I can call him a friend.
On a daily basis, I see a lot of goodness in him. He is extremely generous and is the warmest person I have met. And I can say this with a lot of confidence.
Ranveer Singh, in a recent interview to us, named you as his most desirable co-star. Do you also find him desirable?
He is a friend. Let’s not complicate things. He is being really nice and is extremely honest. With him, what you see is what you get. He’s like that all the time.
The energy he portrays is not put on. We are working together and he doesn`t have a choice at the moment. Today he finds me desirable, tomorrow he will find another.
In a fiercely competitive industry, do you feel a sense of achievement reaching the top position ahead of other actresses?
Yes, to a small degree. No, because you can’t take these things too seriously. Yesterday it was someone else, today it is me and tomorrow again it will be someone else.
But yes, I’m happy as it is a result of my work over the years and has not happened overnight.
You recently won the Critics Choice Award for the Best Actress at TOIFA. How did you feel?
Ecstatic. I got a message while the awards were on at Vancouver and I refused to believe it. Having said that, winning the critics at TOIFA is a huge deal.
Winning Best Actress is one thing and critics another. I had got a day off and was with my parents in Bangalore that day and was thrilled to have them with me at such a time.
I am waiting to return to Mumbai, so that I can collect my trophy and go to sleep with it for a night.
(Source: Agencies)