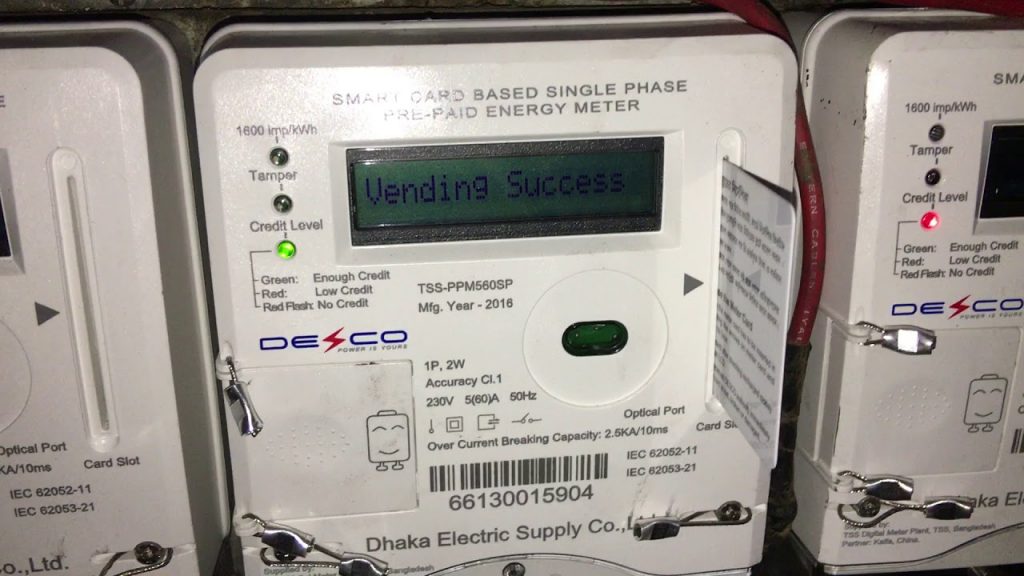 Dhaka, May 30 : Dhaka Electric Supply Company (Desco) is going smart with the pre-paid meters for its consumers, the chief of the company said.Work on its mega plan to install the smart pre-paid meters is under way and the utility hopes to complete the system in next two years, said Kawser Amir Ali, managing director of Desco.
He said the company has already floated a tender and is now in the process to award a contract to a private company to install necessary hardware and software upgrading the system.
“We’re hopeful to start providing the smart pre-paid meters among the consumers from next year….And it will be completed by June 2023”, said Kausar.
Desco has been operating as a distribution company since 1998 mainly in the capital city’s north-western and eastern parts, including Mirpur, Uttara, Gulshan, Banani, Baridhara and Badda and also part of Gazipur having a consumer base of about 1.053 million.
The upcoming Purbachal Model Town will also be under its operational area (FH: by whern and who said it?).
Desco consumers currently use about 1070 MW of electricity while areas under Dhaka Power Distribution Company (DPDC), another distribution entity, consumes about 1,650 MW.
Dhaka city’s south-western, central and eastern parts and also a part of Narayanganj district is under the DPDC.
At present, 535,085 Desco consumers in parts of Mirpur, Uttara and Tongi are using pre-paid meters.
Desco chief Kawser explained the difference between the pre-paid and smart pre-paid meters.
He said that in the existing pre-paid meter system, a consumer has to go to a vending station to recharge the pre-paid card to get uninterrupted service.
But in the smart pre-paid system, consumers don’t need to go to any vending station to recharge their cards, he told UNB.
Rather, they can re-charge their cards from any place in Bangladesh and even from abroad, by using their smart mobile phones and other digital gadgets, he added.
Kawsar said that under the new initiative, the existing pre-paid meters will be replaced with the smart pre-paid ones while the non-pre-paid consumers will get new smart pre-paid meters.
He said the new smart-prepaid system will have huge facilities for the consumers and they can fine tune their consumption patterns and save money.
“They can control their electricity consumption from the remote locations”, he added.
Many Desco consumers welcomed the new move.
“We have to spend long hours in queue in front of vending station to get our pre-paid card recharged…this bothers me a lot”, said Shehed Ali, a Desco consumer of Uttarakhan area in Uttara,
Another client Shimul Mahmud said he looks forward to the new system as it will be consumer-friendly. “
Desco officials said mainly the residential and small-scale commercial consumers which have maximum 50 kilowatt consumption and known as low-tension (LT) consumers will receive the smart prepaid meters.
Nearly 40,000 high-tension (HT) consumers, mainly large commercial and industrial structures, will not receive the new smart meters, they said, reports UNB.