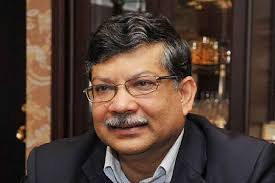 Dhaka, Aug 18 – Bangladesh will explore all the avenues to get quick access to COVID-19 vaccine and choose one which will be safer and useful, said Foreign Secretary Masud Bin Momen. “As part of discussions with others, we’ll discuss the issue (vaccine) with India. We should have all options and we’ll head for that one which’ll be safer and useful for us,” he told reporters at the Ministry of Foreign Affairs on Tuesday.
Masud said Bangladesh will discuss with India whether there is any scope for trial of the vaccine here.
The Foreign Secretary also mentioned about the countries, including China, Russia, America and the UK, for discussions and cooperation.
He said he will hold a meeting with visiting Indian Foreign Secretary on Wednesday to discuss ways to further improve the relations between Bangladesh and India.
Mentioning India’s engagement in developing COVID-19 vaccine, the Foreign Secretary said, “We can update each other on the issue.”
He said there has been some progress on transshipment and railway cooperation fronts, and the two countries will discuss what more can be done.
Indian Foreign Secretary Harsh Vardhan Shringla arrived in Dhaka on a two-day visit on Tuesday carrying a message from Indian Prime Minister Narendra Modi.
Foreign Secretary Shringla is on a visit to Dhaka to discuss and take forward cooperation on matters of mutual interest, said the Indian High Commission in Dhaka soon after his arrival.
“It’s not a sudden visit. India is our important neighbour. We have lot of interactions with India,” said Foreign Secretary Masud.
He indicated that there will be a courtesy call with Prime Minister Sheikh Hasina but did not elaborate when it will be held.
Shringla is expected to meet Prime Minister Sheikh Hasina at her official residence and hand over the message he is carrying from Prime Minister Modi, a senior official told UNB.
They are expected to discuss ways to strengthen the ties between the two neighbouring countries apart from issues related to cooperation on COVID-19 front.
No Speculations
Responding to a question, the Foreign Secretary said there is no scope to speculate. “Our ties is very deep.”
Regarding some speculative news in India and Bangladesh, he said media is free on both sides but some speculative news stories were published.
The Foreign Secretary said they will discuss it and discourage speculative news so that no misunderstanding and gap prevail between the two countries.
On August 14, Bangladesh’s Deputy High Commission in Kolkata condemned the disinformation campaign targeting Bangladesh by several web portals based in India’s northeastern region.
The Deputy High Commission also urged all concerned to disregard the false information peddled.
Shringla is likely to go to Yangon from Dhaka or via Kolkata before returning to Delhi, a diplomatic source told UNB.
Asked about the sudden visit, the official told UNB that it is something positive but he did not elaborate. However, there has been no official announcement on the visit.
The Indian Foreign Secretary will hold a bilateral meeting with his Bangladesh counterpart Masud Bin Momen on Wednesday.
The two sides will discuss issues of mutual interest, including coronavirus situation, the Bangladesh Foreign Secretary told reporters.
Shringla, who had served as Indian High Commissioner to Bangladesh, assumed office of the Indian Foreign Secretary in January this year.
As the Foreign Secretary, he first visited Dhaka in March this year.
He met Prime Minister Sheikh Hasina during his last visit to Bangladesh.
There has been a gap of bilateral visits between the two countries over the last few months due to the global COVID-19 pandemic.
But the two countries were connected virtually and held a number of important discussions on various issues of mutual interest.
India has recently described its relations with Bangladesh as “exceptionally close” but expressed displeasure over “mischievous” story pertaining to Bangladesh-India ties.
“We’re confident that both sides appreciate mutual sensitivity and mutual respect building further on the relationship,” said Indian Ministry of External Affairs (MEA) Spokesperson Anurag Srivastava at a virtual weekly media briefing in New Delhi recently.
Foreign Minister Dr AK Abdul Momen termed the Bangladesh-India relations a ‘blood relationship’ while Bangladesh-China relations an ‘economic tie’.
Referring to Indian External Affairs Minister Dr S Jaishankar’s recent remarks, the MEA Spokesperson said India’s relationship with Bangladesh is a role model of good neighbourly relations in the region. – UNB