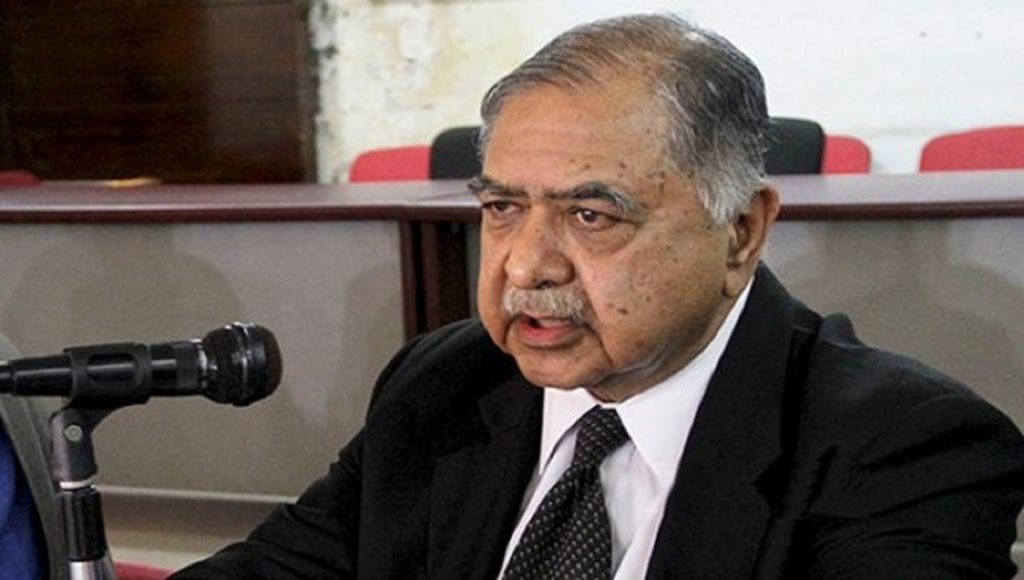 Gonoforum, led by its president Dr Kamal Hossain, has served show cause notices on its four senior leaders, including former general secretary Mostafa Mohsin Montu, for ‘creating chaos in the party and violating its charter’.

“We sent the show-cause notices to the four leaders who are violating party discipline and constitution on September 28 asking them to respond within a week,” party general secretary Dr Reza Kibria told UNB on Sunday.

In the notices, he said, they have mentioned the different sections of their party constitution that have been violated by the four leaders.

Reza Kibria said they will wait until two weeks for their replies to the notices. “If they don’t come up with any satisfactory replies, we’ll take organisational actions against them.”

Stating that their party’s central convening committee is going to hold a meeting on October 17 at the Jatiya Press Club, he said the meeting will approve the actions to be taken against the four leaders.

Contacted, Mostafa Mohsin Montu said they still did not receive any such notices. “Once we receive that, we’ll take further steps in this regard.”

He, however, said they did not violate any party discipline and any section of their party constitution. “Rather, they (Dr Kamal and Reza Kibria) are continuously breaching the constitution. They dissolved the central committee and formed a convening committee going out of our constriction. Now they don’t have any existence in Gonoforum according to the constitution. ”

As per their constitution, Montu said only a council and party central committee meeting can take a decision on dissolving any party for forming a convening one.

He said they held a meeting of the party central committee on September 26 which decided to hold Gonoforum’s national council on December 26. “So, we’re following the constitution while Reza Kibria and others are violating it.”

Meanwhile, Dr Kamal and Reza Kibria alleged that some party leaders together with those who were ousted from the party earlier are deliberately making evil efforts to defame the party through their anti-constitutional acts and statements.

Anyone can involve in new politics by leaving that of Gonoforum. But no one has the authority to embarrass Gonoforum through undemocratic and unconstitutional activities in the name of the party, they added.

Amid a rift among the party leaders, Gonoforum president Dr Kamal dissolved its central committee on March 4 and formed a 70-member convening one on March 12.

Conflicts within the party leaders began after its fifth council held on April 26 last year as many party leaders, including the then general secretary Mostafa Mohsin Montu, were left out in the committee formed there

On September 26 last, a faction of Gonoforum leaders, led by Montu, executive Abu Sayeed and Subrata Chowdhury, had an extended meeting of the party’s central committee where they decided to hold a national council on December 26 next.

They also decided to expel party general secretary Dr Reza Kibria and three other leaders from the party.

Dr Kamal, however, said the meeting in the name of Gonoforum was illegal as the party president and convener were not aware of it.