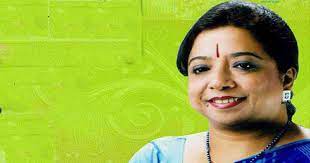 Dhaka, Apr 11 – Ekushey Padak winning Rabindra Sangeet singer Mita Haque passed away at a hospital in Dhaka on Sunday, after losing her battle with Covid-19. She was 59. The singer breathed her last at 6:20 am.
According to her family sources, Haque tested positive for Covid-19 on March 25 and was admitted to Bangladesh Specialized Hospital on March 31.
However, she tested negative a few days later and returned home from the hospital. On Saturday night, her blood pressure fell down and she was rushed to the hospital again where doctors informed that she had suffered a heart attack.
She was then kept on ventilation before eventually losing her battle with illness.
Haque was also suffering from kidney disease and used to undergo dialysis on a regular basis.
Her body will be taken to Chhayanaut at 11 am where her colleagues, students and admirers will pay last respect to the Rabindra Sangeet legend.
She will be buried at the family graveyard at her ancestral home in Manohariya of Keraniganj, according to her family sources.
Born into a musical family on September 6, 1962, the noted artiste received her musical training from maestros including her paternal uncle and late musicologist Waheedul Haq, current Chhayanaut president Sanjida Khatun and musician Ustad Mohammad Hossain Khan, to name a few.
She had been a regular performer in Bangladesh Television and radio since 1977.
Besides her esteemed singing career, Mita Haque was the founder director and teacher of her music school Shurotirtha. She served as the head of the Department of Rabindra Sangeet at Chhayanaut, Dhaka and also as the former general secretary and incumbent vice-president of the Rabindra Sangeet Shommelon Parishad.
For her remarkable contribution in the music industry, she was conferred with Ekushey Padak in 2020 and the Rabindra Puraskar from Bangla Academy in 2017.
Mita Haque was married to renowned actor Khaled Khan who died in 2013. – UNB