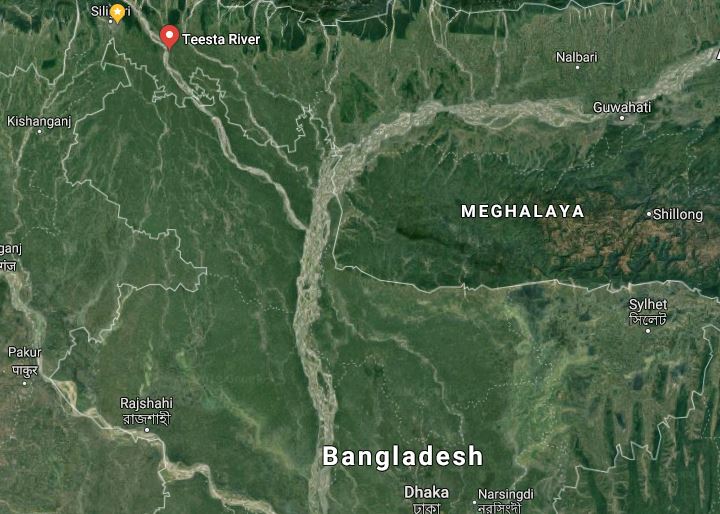 During the dry season from winter through summer (November-May), cold, fog, droughts, and heat stress gravely affect the agriculture and common people’s livelihoods in lower Teesta River basin, says a new study.
The study reveals that the communities of Teesta basin in Bangladesh use traditional, indigenous knowledge and adopt new technologies to adapt to the adverse effects of erratic climatic behaviours, but the current adaptation practices are not adequate for building resilience of the communities and the impacted sectors in the lower Teesta basin.
The study titled ‘Climate Change Adaptation Strategies and Practices in the Lower Teesta Basin in Bangladesh’ says the communities need further support from the government to protect them from floods and riverbank erosion.
The HI-AWARE consortium, led by the International Centre for Integrated Mountain Development (ICIMOD), conducted the study, while the study report was published in December last.
This study aims to deepen the understanding about local climate change trends, adaptation approaches and strategies of the government, NGOs, and other actors, and emerging adaptation practices in key impacted sectors in the lower Teesta basin in Bangladesh.
The other consortium members are the Bangladesh Centre for Advanced Studies (BCAS), The Energy and Resources Institute (TERI), the Climate Change, Alternative Energy, and Water Resources Institute of the Pakistan Agricultural Research Council (CAEWRI-PARC) and Wageningen Environmental Research (Alterra).
According to the study, the people living in the Teesta River basin must be able to cope with the impacts of climate change. Such as frequent floods, droughts, and riverbank erosion as farmers here mainly depend on agriculture, then fisheries and livestock for their livelihoods.
The study found that the government of Bangladesh and NGOs have taken adaptation actions in the agricultural, fisheries, livestock, housing, energy, and water resources sectors to minimise vulnerabilities in people’s lives and livelihoods by understanding current vulnerability and resilience in different sectors, identifying knowledge gaps and needs among practitioners, and enhancing stakeholder perception of climatic change and adaptation.
“In addition, the practitioners from the government and NGOs at the national and local levels need to take appropriate decisions in developing an engagement plan, encouraging networking amongst themselves, and evaluating and learning in the context of climate change,” the study says.
According to the research, some of these adaptation options may require appropriate modifications to upscale these efforts and take them to other ecosystems and conditions. Effective adaptation would require the integration of indigenous knowledge with modern knowledge and technologies, local competence, innovation, resources allocation for the poor and the involvement of the local community through the local government.
The study stresses the need for working jointly by the government, NGOs, and civil society and designing appropriate and innovative adaptation measures, strategies, and practices to cope with climate change impacts and reduce vulnerability.
The Teesta River basin, regarded as one of the important food baskets of the country, has been experiencing varied changes in climate variability like temperature rise, heat stress, low and erratic rainfall, and prolonged droughts, falling groundwater levels, and climatic extremes such as frequent and devastating floods, riverbank erosion, and thunderstorms.
These climate changes and other stressors are hurting sectors such as agriculture, water, sanitation and health, fisheries, food security, regional infrastructure, housing, and the livelihoods of the common people, reports BSS.