By Elham Asaad Buaras
International NGOs have formally classed the killings and exodus of Muslims in the majority Christian Central African Republic (CAR) as ethnic cleansing “of historic proportions”.
The humanitarian situation in the CAR has deteriorated since a coup in March 2013 led by the mostly Muslim Seleka rebels plunged the country into chaos. It led to sectarian attacks between the Muslim ex-rebels and Christian vigilantes.

According to a report by UK NGO Amnesty International (AI), the attacks by Christian mobs and militiamen called anti-balaka, “anti-machete” in the Sango language, have forced a “Muslim exodus of historic proportions”.
In its report New York-based Human Rights Watch (HRW) said: “The minority Muslim population in the Central African Republic is being targeted in a relentless wave of coordinated violence that is forcing entire communities to leave the country.”
“At this rate, if the targeted violence continues, there will be no Muslims left in much of the Central African Republic,” said Emergencies Director at HRW, Peter Bouckaert. “People whose families have peacefully lived in the country for centuries are being forced to leave, or are fleeing the very real threat of violence against them.”
AI officials say they have found the bodies of Muslim “littering the streets. Babies as young as seven months old have been slaughtered. Houses have been burned and looted. Dogs are feasting on human corpses.”
On February 17, AI said their researchers found a little girl in a village west of Bangui. She hid alone for four days without any food or water since the brutal killing of her parents and neighbours in a massacre.
“The girl was crouching in a corner in an abandoned, ransacked house. She was terrified and could barely speak,” said Amnesty’s Donatella Rovera.
“She was too weak to even stand up. She was the only Muslim survivor in the village. The others had either fled or been killed.”
French medical charity, Medecins Sans Fontieres, warned that attacks against Muslims were increasing, estimating that 40,000 people had fled to neighbouring Chad and Cameroon in recent weeks following an upsurge in sectarian attacks.
On February 7, International Criminal Court said it would open a preliminary examination into crimes committed during the conflict.
A series of mass graves have been unearthed, several mosques have been destroyed in the capital Bangui and scores of Muslim homes have been looted.
In its report HRW said that, “Throughout January 2014 and the first week of February, thousands of Muslim families from towns with sizable Muslim populations – Bossangoa, Bozoum, Bouca, Yaloké, Mbaiki, Bossembélé, and others in the northwest and southwest – fled horrific anti-balaka attacks. Yaloké, a major gold trading center, had an estimated Muslim population of 30,000 and eight mosques prior to the conflict.”
In its last visit on February 6 to Bangui, HRW reported, “Fewer than 500 Muslims and one mosque remained. Muslim residents gathered at the mosque, protected by French peacekeepers, while Christian militias and residents looted and destroyed their homes and mosques.”
Muslims have increasingly been targeted since Bangui Mayor, Catherine Samba-Panza, a Christian, was elected interim President in January. She replaced Michel Djotodia, who had come to power in March 2013 when Seleka rebels – said to be mostly Muslim – ousted Francois Bozize, a Christian, who had come to power in a 2003 coup.
AI and HRW pointed to the failure of both the 1,600 French troops and the 6,000 African Union troops to stop the ethnic cleansing of Muslims who have been forced to leave their country in their thousands.
Machete-wielding Christian militiamen freely roam the suburbs of Bangui in full view African and French peacekeepers looking for Muslims.
They mount sudden road checkpoints where they attack Muslims fleeing the country.
HRW called on the CAR government as well as French and African peacekeepers to take urgent steps to protect the remaining Muslim population from attacks by predominantly Christian militias and allied residents.
French Defense Minister, Jean-Yves Le Drian, while in CAR on February 12 called for an end to the attacks on Muslim communities.
UN Secretary General, Ban Ki-moon, fell short of calling the atrocities committed against the Muslims ethnic cleansing but warned their subsequent exodus “is changing the country’s demography. The de facto partition of the CAR is a distinct risk.”
“We cannot just continue to say ‘never again.’ This, we have said so many times,” Ban said. “We must act concertedly and now to avoid continued atrocities on a massive scale.”
Ban also called on the EU to accelerate deployment of its military operation, and asked France to consider deploying additional troops.
The 500 to 600 EU troops being deployed are to guard Bangui airport, where 100,000 Muslims have taken refuge so far. That will allow French troops to take up security operations in the capital, Bangui and beyond.- Source: Muslim News, UK 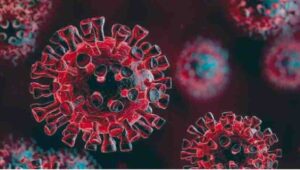