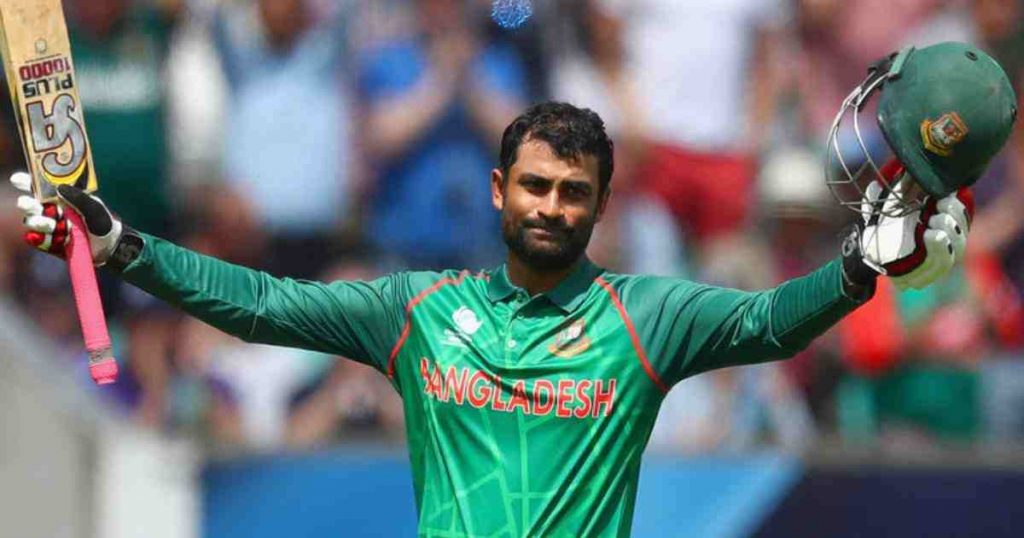 Dhaka  —Newly appointed ODI captain of Bangladesh Tamim Iqbal, in this first media interaction after taking over captaincy from Mashrafe Bin Mortaza,  said on Saturday it will be unfair to expect from him overnight to surpass  Mashrafe.

Mashrafe announced his retirement as Bangladesh’s ODI captain ahead of the third and final ODI against Zimbabwe on March 6. Within a week, Bangladesh Cricket Board (BCB) named 30-year old batsman Tamim Iqbal as the next ODI captain of the Tigers for the coming days.

“It was a combined decision of the board to appoint me as the ODI captain,I wanted to take the captaincy for a long time so that I can make some changes. It’s really tough for a captain to plan for two or three series. This is the most important thing. Now, if you want I will surpass Mashrafe bhai overnight, it will be very unfair. I will try my best to guide this team to the next level. But I need time. I will request you all to keep faith on me,” Tamim told the media on Saturday at the BCB Academy ground during a practice session of his Dhaka Premier League team Abahani Limited.

“I have said earlier that it’s tough to be a good successor of Masrhafe bhai as a captain. He led the team for a long time. He is the most successful captain of Bangladesh. The team achieved many remarkable things under his leadership. We need a big win in ODI cricket, which must break the ice for our future,” Tamim added.

Tamim has no remarkable history as a captain. He led several teams in the domestic circuit earlier but there was nothing to prove Tamim’s mantle as a leader.

“I am not an experienced captain, to be honest. It will be wrong if I say I captained a lot. So, I need some times. Along with leading the team, I have to do well as a batsman as well. I don’t know how will I perform after six months or a year. So time is most important for me. I will urge our fans to keep patience. I will try everything possible for the betterment of the team. I don’t know whether I will be successful or not but I will keep trying. It’s tough to surpass Masrhafe bhai in the first bid,” Tamim further told the media.

Tamim played 77 ODIs under the captaincy of Masrhafe. The southpaw said it will help him to improve as captain as he saw Masrhafe’s techniques and the process of thinking for a long time. At the same time, he shares a very close relationship with Mashrafe, what, he believes, will also help him along the way.

After a dismal show in the last World Cup in England, Tamim was targeted of immense criticism by the fans, which forced Tamim to shut his social media page for a while. But now, he believes that the criticism is must if he fails to perform well.

“Criticism is a must. I had to endure immense criticism previously due to my performance as a batsman, but now, people will talk about my captaincy as well. I don’t mind about it. But at the same time, I need to take some time to make changes,” Tamim added.UNB