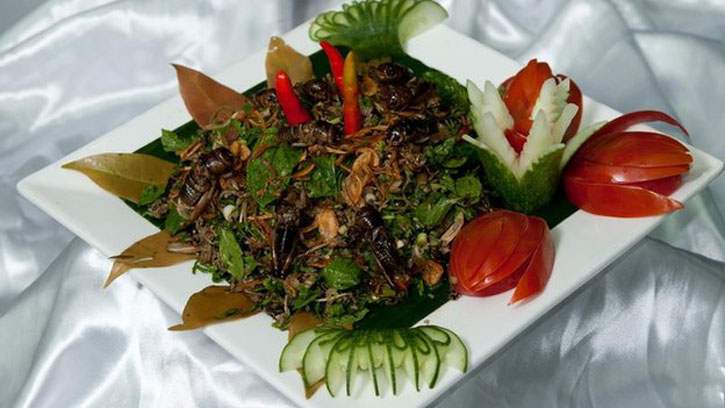 DHAKA: Eating more insects could help fight world hunger, according to a new UN report.The report by the UN Food and Agriculture Organization says that eating insects could help boost nutrition and reduce pollution, according to the BBC.
It notes than over 2 billion people worldwide already supplement their diet with insects.
However it admits that ‘consumer disgust’ remains a large barrier in many Western countries.
Wasps, beetles and other insects are currently ‘underutilised’ as food for people and livestock, the report says. Insect farming is ‘one of the many ways to address food and feed security’.
‘Insects are everywhere and they reproduce quickly, and they have high growth and feed conversion rates and a low environmental footprint,’ according to the report.
The authors point out that insects are nutritious, with high protein, fat and mineral content.
They are ‘particularly important as a food supplement for undernourished children’.
(Via banglanews24.com)