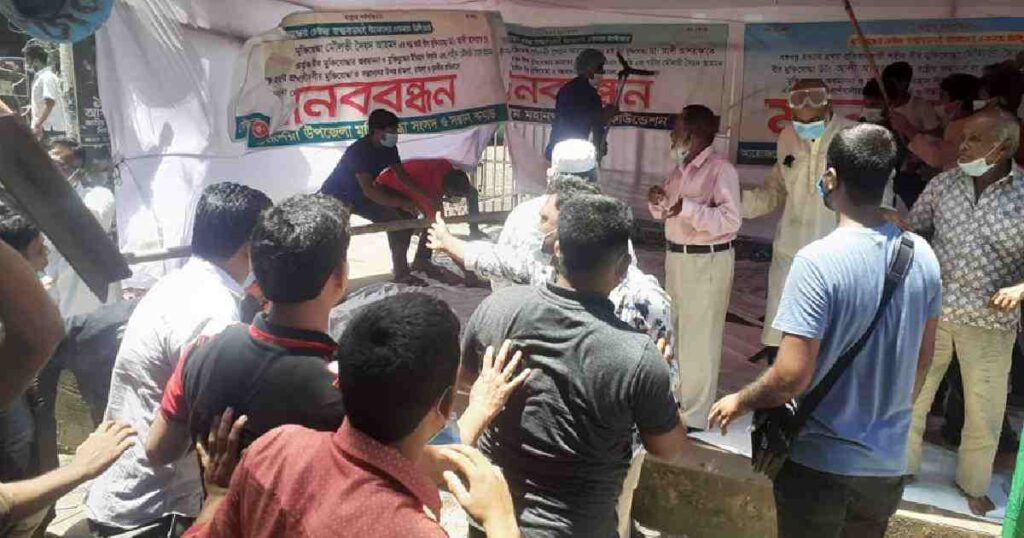 Twenty people including 10 journalists, a number of freedom fighters and some activists of Muktijoddha Sangshad Sontan Command, were injured in an attack by some miscreants in front of Chattogram Press Club here on Monday.

Chowdhury Farid, general secretary of Chattogram Press Club, said they took position in front of the Press Club in the morning.

Suddenly, the supporters of MP Mostafiz carried out an attack on their peaceful programme, leaving 20 people injured.

On information, police went to the spot and brought the situation under control.Police arrested two people from the spot.