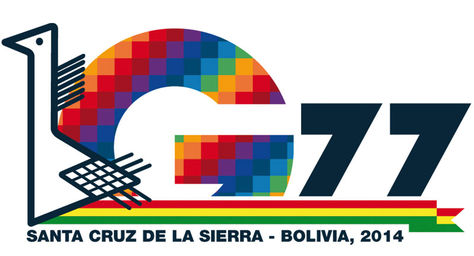 An IPS Correspondent
UN, May 17 (IPS/G77) – The Group of 77 is taking an active role in the drafting of an international legally-binding instrument on the conservation and sustainable use of marine biological diversity in areas beyond national jurisdiction (BBNJ).
The new treaty, when finalized, will come under the United Nations Convention on the Law of the Sea (UNCLOS), according a General Assembly resolution adopted back in June 2015.The third Preparatory Committee (PrepCom) meeting, which was held March 28 through 8 April, will be followed by a fourth session scheduled to take place from 29 August to 12 September.
Speaking on behalf of the Group of 77, joined by China, Ambassador Horacio Sevilla Borja of Ecuador and G77 chair, expressed confidence that by the end of the 4th session of the PrepCom, “we will be able to fulfill this mandate and to make substantive recommendations to the General Assembly on the elements of a draft text of an international legally binding instrument under the United Nations Convention of the Law of the Sea and before the end of the 72nd session.”
The General Assembly will then decide on the convening — and on the starting date—for an intergovernmental conference on the proposed treaty.
Ambassador Borja also requested the Chair of the PrepCom, Ambassador Carlos Duarte, to prepare a paper consolidating and streamlining what has been expressed on the floor and in the written submissions, to be circulated before the beginning of the 4th PrepCom in August.
“Given the progress made, we consider that a set of draft recommendations reflecting the substantive elements could be useful and valuable. It would help us to prepare for and lead us to engage into productive and constructive discussions for the next session and we would request that you prepare such a draft to be shared at the earliest possible date,” he added.
He also pointed out that the PrepCom has been mandated to report to the General Assembly on its progress before the end of this year.
Meanwhile, speaking on behalf of the G77, joined by China, a delegate from Ecuador, addressed some of the cross-cutting issues such as the scope, objectives, and guiding approaches and principles of the proposed new legally binding instrument on BBNJ– as well as the definitions of different terms that are of technical nature or need more clarification.
Addressing the third PrepCom meeting, he said the Group of 77 would like to reiterate that the new instrument should not undermine existing relevant legal instruments and frameworks and relevant global, regional and sectoral bodies as it is stated in the resolution 69/292.
This instrument should reflect sustainable use of resources in the Areas Beyond National Jurisdiction (ABNJ) and consider mechanisms for its rehabilitation in order to achieve sustainability.
To this end, the Group of 77 believes there is merit in looking at structure of existing organizations and convention bodies such as the International Seabed Authority, the International Maritime Organization, the UNFCCC, etc., to consider lessons learned and best practices, while accomplishing universality, in an effort to determine the most effective mechanisms going forward.
At this juncture and without prejudice to the further consideration of the nomenclature of institutional bodies of the new instrument, institutional bodies could include 1) a secretariat; 2) a decision-making body such as Conference of Parties (COP); 3) a scientific and technical body with an advisory competence which can play a role in the establishment of ABMTs, including MPAs; 4) a clearinghouse mechanism to promote and facilitate technical and scientific cooperation, knowledge and data sharing as well as 5) a mechanism in charge of access and benefit sharing of MGRs, he noted.
Regarding the question of definitions, the Group is of the view that it can inspire from the existing instruments where some notions are defined in order to scope and give effect to the instrument.
“We believe that all the notions contained in the objective or main topics of the new instrument such as marine biological diversity, areas beyond national jurisdiction deserve to be defined. Furthermore, ‘marine genetic resources’ (MGRs), ‘utilization of marine genetic resources’ as well as their related technical notions should also be defined,” he declared.