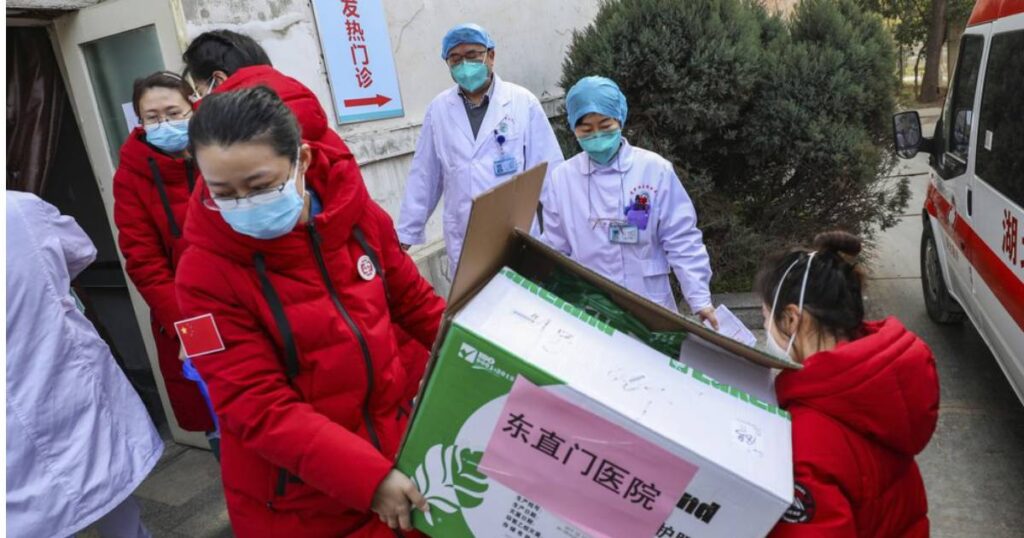 Dhaka, Jan 30 – The pandemic continues to grow even as nations race ahead with mass vaccination programmes. In fact, the global Covid caseload has now surged past 102 million. The total case count reached 102,007,448 while the death toll from the virus climbed to 2,204,494 on Saturday morning, according to Johns Hopkins University (JHU).
The US remained the world’s worst-hit country, with 25,923,061 cases and 436,624 deaths, as per the data.
India’s total caseload stood at 10,720,048 and the death toll at 154, 010 as of Saturday morning.
Brazil on Friday reported 1,119 deaths from Covid in the past 24 hours, taking its death toll to 222,666, the Health Ministry said.
Meanwhile, 59,826 new cases of Covid were detected, bringing the nationwide tally to 9,118,513.
The state of Sao Paulo, the most populated in the country, is the hardest hit, with 1,759,957 cases and 52,722 deaths, followed by Rio de Janeiro, with 516,868 cases and 29,563 deaths.
Brazil has the world’s second-highest Covid death toll, after the United States.
Bangladesh situation
Bangladesh recorded a daily infection rate of 3.76% with 454 new cases reported until early Friday.
The country saw a daily infection rate of 3.34% on January 24, 5.49% on January 18, 4.90% on January 14, 7.52% on January 4, and 8.18% on January 1.
Bangladesh has recorded 534,407 infections so far. The country reported the first cases on March 8.
Bangladesh’s fatality numbers rose to 8,094 and death rate to 1.51%, with seven more Covid-19 deaths in the past 24 hours, since the first fatality was reported on March 18.
So far, 3,627,413 tests, including 12,075 new ones, have been carried out. The overall infection rate stood at 14.73%, the Directorate General of Health Services said.
Vaccination in Bangladesh
Prime Minister Sheikh Hasina launched a Covid-19 vaccination drive at Kurmitola General Hospital in the capital on January 27.
Health Minister Zahid Maleque said at the launch that “70 lakh doses of Covid-19 vaccines are now available in the country. The Oxford-AstraZeneca vaccine is the safest one in the world”.
For getting a shot, one needs to register on www.surokkha.gov.bd, Prime Minister’s Office Secretary Md Tofazzel Hossain Miah had said.
For now, the vaccination programme will be limited to five centres in the capital, and nationwide inoculation will start in early February. – Agencies