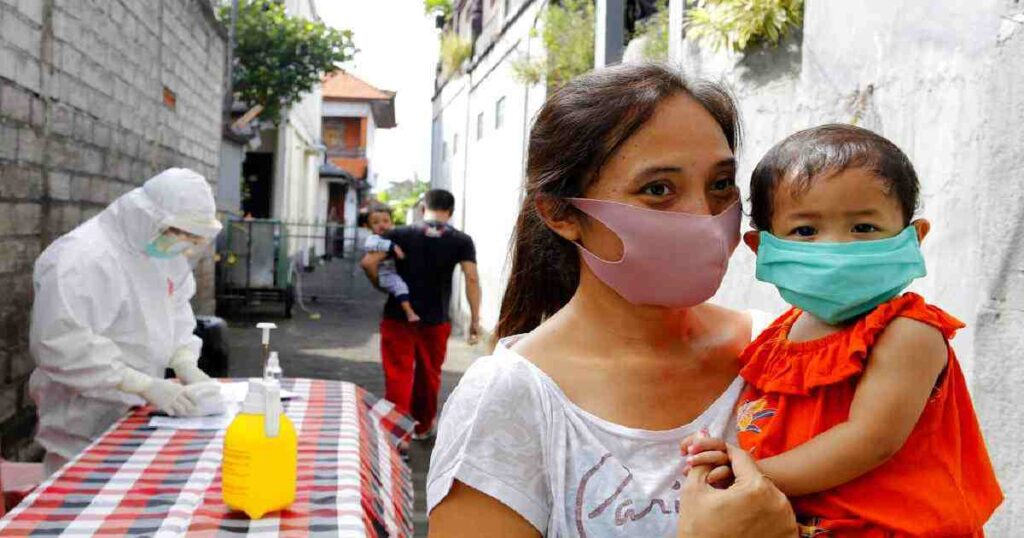 AP/UNB, Nov 09 – Global confirmed coronavirus cases have surged past 50 million on Monday, according to data compiled by Johns Hopkins University.
The number of global Covid-19 cases rose to 50,327,258 and 1,255,490 people have died from the virus infections as of Monday.

The US has the highest case tally in the world, as the country recorded 9,962,900 cases with 237,567 fatalities.
The U.S. Centers for Disease Control and Prevention (CDC) on Sunday reported a record-high average daily increase of COVID-19 cases at nearly 100,000, a new milestone since the onset of the pandemic in the country.
The seven-day average daily cases and deaths have been on sharp rise recently, and stood at 99,320 and 938, respectively, as of Sunday, CDC data showed.
Daily case count in the country set a new record on Friday at 132,830, which is an all-time high in the United States and around the world, according to the CDC.
Saturday was the fourth day in a row the country broke its case count record, according to The COVID Tracking Project.
A total of 715,000 cases were reported last week, which means that one in every 462 people in the United States tested positive for COVID-19 last week, according to the project.
Countries with more than 1.1 million cases also include Russia, France, Spain, Argentina, Britain and Colombia, while other countries with over 40,000 deaths include India, Mexico, Britain, Italy and France, according to the center.
Global cases topped 30 million on Sept. 17, and rose to 40 million on Oct. 19. It took 32 days for the global caseload to jump from 30 million to 40 million, and only 20 days from 40 million to 50 million.
Bangladesh coronavirus
Bangladesh reported 1,474 new Covid-19 cases in the last 24 hours until early Sunday, pushing the caseload to 420,238.
Meanwhile, 18 more patients died from the virus at that time, taking the fatalities to 6,067. The death rate stood at 1.44 percent, the Directorate General of Health Services said.
So far, 338,145 patients – 80.47 percent– including 1,577 new ones in the last 24 hours have recovered.
Bangladesh reported its first cases on March 8. The infection number reached the 300,000-mark on August 26. The first death was reported on March 18 and the death toll exceeded 6,000 on November 4.
The government has directed people of all faiths to wear masks while visiting places of worship, including mosques, temples and churches across the country, apprehending a second wave of the COVID-19 pandemic might rip through Bangladesh during the southern hemisphere’s winter that is almost here.
The Religious Affairs Ministry issued a notice on Sunday in this regard.
The ministry has issued such notices at different times making it compulsory to wear masks at all religious sites, it said.