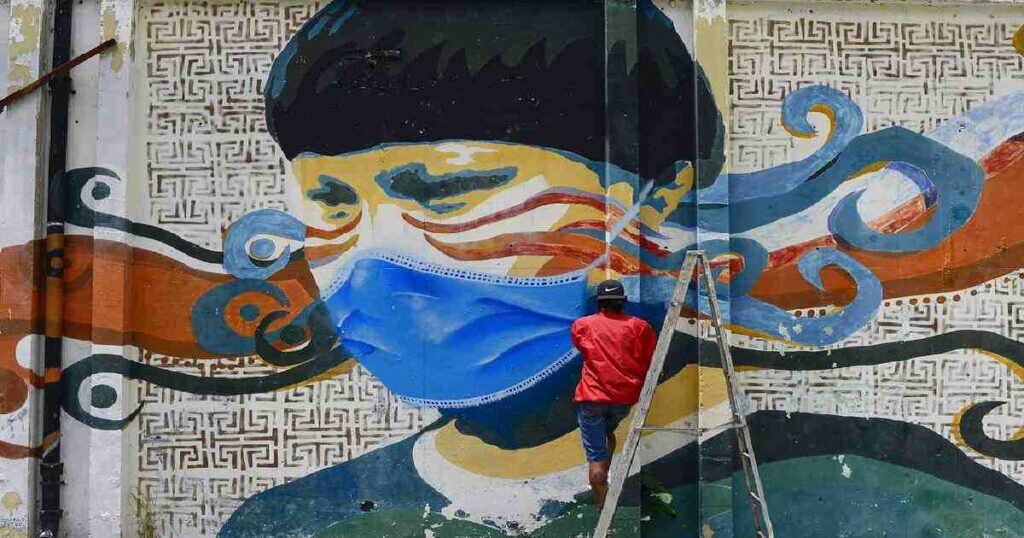 Dhaka, July 19 – The global death toll from COVID-19 has surpassed 600,000, said the Johns Hopkins University. The number of confirmed infections worldwide has passed 14.2 million, out of which 3.7 million are in the United States. There are over 2 million in Brazil and more than 1 million in India.
The World Health Organization again reported a single-day record of new infections with 259,848.
The university’s tally as of Saturday night says the United States tops the list with 140,103 deaths. It is followed by 78,772 fatalities in Brazil and 45,358 in the United Kingdom.
In London, British scientists are dismissing Prime Minister Boris Johnson’s hope the country may emerge from coronavirus lockdown and return to normality by Christmas.
Johnson has announced more easing of restrictions, with people urged to return to public transit and workplaces. He says sports fans should return to stadiums by October and remaining restrictions could be lifted from November, “possibly in time for Christmas.”
But epidemiologist John Edmunds, a member of the government’s Scientific Advisory Group for Emergencies, says a return to pre-pandemic normality wouldn’t be possible until there’s a vaccine for the virus.
Britain has registered more than 45,000 confirmed COVID-19 deaths, the highest total in Europe.
In India, a surge of 34,884 new coronavirus cases took India’s tally to 1,038,716, as local governments reimpose focused lockdowns in several parts of the country.
The Health Ministry on Saturday reported 671 confirmed deaths in the past 24 hours for a total of 26,273. The ministry says the recovery rate had slightly come down to 62.9%.
The actual numbers, like elsewhere in the world, are likely far higher because of various reasons, including limited testing. More than 300,000 samples are tested every day.
About a dozen states, including Maharashtra, Tamil Nadu, West Bengal and Assam, have put high-risk areas under lockdowns, only allowing essential food supplies and health services.
Experts say India is likely to witness a series of peaks as the infection spreads in rural areas.
South Africa now ranks fifth in the world for confirmed coronavirus cases caseload as the African continent faces the pandemic’s first wave head-on.
South Africa on Saturday reported 13,285 new confirmed cases for a total of 350,879. That puts the country ahead of Peru and makes up roughly half the cases in Africa. The only four countries with more confirmed cases — the U.S., Brazil, India, and Russia — all have far more people than South Africa’s 57 million.
The World Health Organization is again posting a single-day record of new confirmed coronavirus cases. It announced 259,848 new cases on Saturday.
The WHO on Friday posted more than 237,000 confirmed cases around the world. The back-to-back records come as many nations struggle with new waves of infections after loosening lockdown restrictions.
Data compiled by Johns Hopkins University show more than 14 million cases worldwide since the start of the pandemic. – UNB