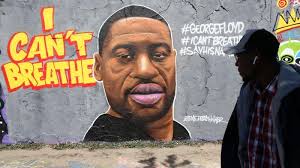 Global Forum on Discrimination based on Work and Descent (GFoD) strongly condemns the police brutality leading to the horrific murder of George Floyd on 25th May in Minnesota, United States of America. We also support in solidarity with the Black Lives Matter and other liberation movements who are fighting globally for Justice to George Floyd. This case presents unadulterated realities of racism, injustice, structural violence, and oppression by the police and the systemic forces. The mentality of African American being the usual suspects and enduring unjust and forceful aggression on them for minor crimes is the extension of the slave-master mentality of the bygone centuries.
This incident spotlights the situation of the vulnerable communities in the disaster situation. As advocates of one of the most vulnerable communities namely Discriminated based on Work and Descent (DWD), we understand the pain of being double vulnerable in a vulnerable situation. We stand in solidarity in demanding justice for George Floyd and other racially discriminated men and women.
George Floyd (46) was arrested on the complaint of presenting counterfeited notes to a store. Following the arrest, the man was forced into the car. It was said he was resisting the arrest, however, four policemen who were in the scene forced him down on the road and one of them Derek Chauvin kneed him on his neck. Floyd pleaded with the officers that he was claustrophobic and was unable to breathe due to the pressure on the neck by Chauvin. Many bystanders pleaded and requested the policemen to let Floyd be free of the hold, but was no heard by the four policemen. Unwilling to let him go, Chauvin kept pressuring the neck with his knee for eight minutes and forty-six seconds resulting in the horrific death of Floyd. While struggling he cried ‘I can’t breathe’.
We also demand the justice system to provide maximum punishment for the four policemen who were responsible for Floyd’s murder. We also demand protection against structural violence and police brutality for all the marginalized communities. Finally, we demand equality for everyone and that everyone should be allowed the right to ‘breathe’ the air of freedom and truth, justice and equality.
GLOBAL FORUM ON DISCRIMINATION BASED ON WORK AND DESCENT (GFoD) is a network of DWD communities worldwide formed in 2019 with members from 24 countries.
Deepak Nikarthil, Ph.D, Coordinator, Asia Dalit Rights Forum