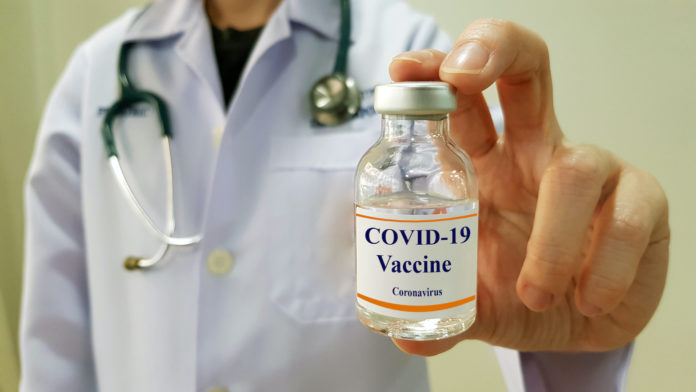 Dhaka, Jan 6 – Bangladeshi pharmaceutical company Globe Biotech has got approval from the DG of Drug Administration for manufacturing Covid-19 vaccine for clinical trial.

Dr Mohammad Mohiuddin, Manager of Globe Biotech Limited (Head of Quality Operation), said the approval came on December 28.
“An organisation called the CRO will run the clinical trial. They’ve already started working on this,” he said.
After completing the trial, Globe Biotech would start supplying vaccine following the protocol, he added.
The protocol will be submitted to the Bangladesh Medical Research Council (BMRC) for clinical trial, Mohiuddin said adding that the medical administration would give approval for clinical trial after getting ethical permission from BMRC.
“Hopefully, we’ll be able to begin clinical trials in January. It’ll take five months to finish,” he said.
“Vaccine will be available by June if we can begin the clinical trial this month,” he added.
On October 5, the Bangladeshi pharmaceutical company said they have completed all the necessary preparations for making their vaccine initiative a success, but they said everything depended on the government’s cooperation in completing the required processes.
Globe Biotech CEO Kakon Nag said their vaccine has already proven to be safe and effective in the pre-clinical trials on mice following an animal model and the results of the pre-clinical trial were published in the international platform, biorxive.org – an archive for unpublished pre-prints in life sciences.
“We’re now preparing the protocol for conducting a clinical trial of the vaccine together with the CRO,” he said.
Once they get the BMRC’s approval, he said, CRO will apply to the DGDA for permission to carry out the clinical trial.
Mentioning that Bangladesh is now witnessing the second wave of coronavirus, Kakon said recent studies recommend that D614G variant is cent percent responsible for it.
“The BNCOVID vaccine developed with our own technology is the only and the first vaccine against the D614G variant,” he claimed.
The Globe Biotech CEO said they want to complete the trial within a short time and many people are contacting them to work as volunteers.
About the possible price of the vaccine, he said it is now difficult to say the exact price of it since their product is yet to reach the final stage.
“But we can say it’ll be relatively cheaper,” he said.
Vaccine import
Meanwhile, Bangladesh is also set to purchase Oxford–AstraZeneca vaccine from the Serum Institute of India Pvt Ltd.
On Sunday, India, the world’s second-most populous country, authorised its first two COVID-19 vaccines — the Oxford-AstraZeneca one and another developed by an Indian company.
In Bangladesh, Foreign Minister Dr AK Abdul Momen on Monday cleared confusion about the timely delivery of Covid-19 vaccine to Bangladesh, saying it will get the vaccine from India on time.
“A decision has been taken at the highest level and that would be implemented. Nobody has to worry or get panicked,” he told reporters sharing the updates they received from the Indian Ministry of External Affairs.
Health Minister Zahid Maleque also assured that Bangladesh will receive the Oxford-AstraZeneca Covid-19 vaccine from the Serum Institute on time.
Covid-19 situation in Bangladesh
Covid-19 has claimed 17 more lives and infected 978 more people in 24 hours across the country until Wednesday morning.
The total number of deaths rose to 7,687 since the first cases were reported in the country on March 8.
With the new infections, the country’s caseload stood at 518,898, said the Directorate General of Health Services (DGHS).
So far, 3,302,429 tests, including 15,689 new ones, have been carried out. The overall infection rate now stands at 15.71 percent and the death rate at 1.48.
However, 463,480 patients – 89.32 percent – have so far recovered. – UNB