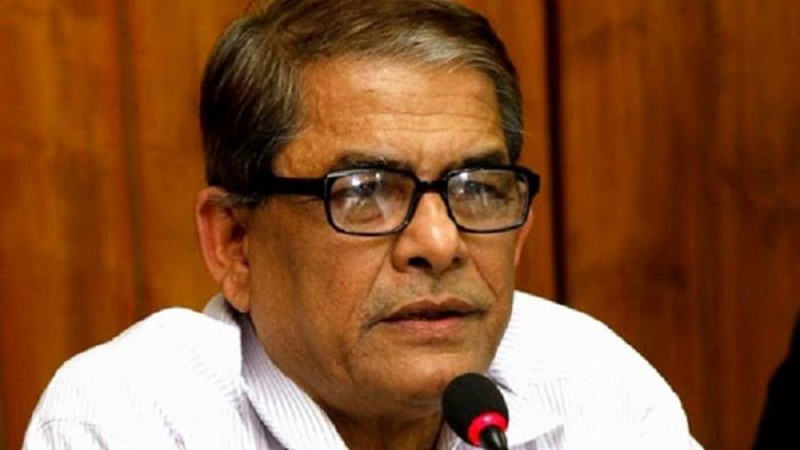 Dhaka, Dec 4 – BNP Secretary General Mirza Fakhrul Islam Alamgir on Wednesday alleged the government has become desperate to arrest and imprison BNP leaders and activists to continue its ‘dangerous misrule’.In a statement, he said the government is sending opposition leaders and activists to jail by establishing its control over the judiciary. “Political prisoners are not released timely while those getting freed on bail are being rearrested at jail gates in fresh false and fabricated cases.”
The BNP leader furthers said, “Though we’ve been repeatedly urging the government to refrain from such illegal activities, it has got desperate and violent further in the question of protecting its existence.”
The statement was issued protesting the arrest of Chattogram city BNP joint secretary Gazi Sirajullah and filing of a ‘false and fictitious’ case against 17 other party leaders.
Fakhrul said the government has kept arresting BNP leaders at different levels in ‘false’ cases and sending them to jail. “The main motive behind this is to weaken BNP and obstruct its organisational activities.”
He said the present government is suffering from a serious image crisis due to its immoral activities and ‘dangerous misrule”. “The government is getting isolated from people further because of its fascist attitude.”
He demanded that Gazi Sirajullah be released immediately, and the false case filed against 17 other BNP leaders in Chittagong be withdrawn. – UNB