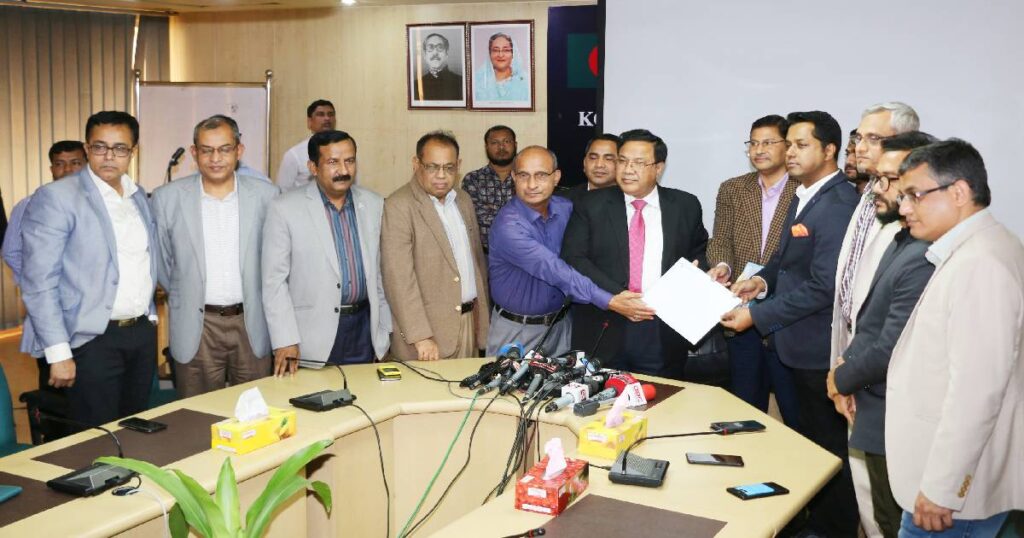 Hossain Sadat, Director and Head of Regulatory Affairs of GP, handed over a pay order for the amount to BTRC Chairman Jahurul Haque at the BTRC office on Sunday.

“It’s a disputable audit and GP wants a constructive solution through court or outside the court,” said a GP statement.

“GP will continue negotiations with the authorities concerned to resolve the matter and it also hopes that its business environment will soon become normal and it’ll ensure quality services to its customers when,” it said.

“Grameenphone respects the legal system of Bangladesh and following the order of the honorable Appellate Division the company has without prejudice made an adjustable deposit of Tk 1,000 crore to BTRC. Grameenphone reiterates that it disputes the validity of the BTRC audit claim and this deposit should not be seen an admission of liability,” the GP statement added.

Talking to reporters after receiving the pay order, BTRC Chairman Jahurul Haque said, “There was a misunderstanding for a long period. We don’t consider Grameenphone as the opponent or our enemy….we were always ready to provide the services it needs as a regulator, and we’ve no intention to harm it.”

“Grameenphone might have thought that they would be able to minimize the huge amount of money and that’s why they moved the court. They’ve reached an understanding from misunderstanding which is good news for us,” he said.

The Appellate Division on Thursday ordered Grameenphone to pay Tk 1,000 crore to BTRC within February 24 (Monday).

On November 24 last year, the Appellate Division asked GP to pay Tk 2,000 crore of the Tk 12,579.95 crore dues claimed by BTRC within three months. The deadline will expire on February 23.

But GP moved the court seeking a temporary injunction on the notice which was turned down on August 28 that year. The mobile operator later filed an appeal with the High Court.

On October 17, the High Court imposed a two-month injunction on realisation of dues from GP. BTRC later moved the Appellate Division against the order.