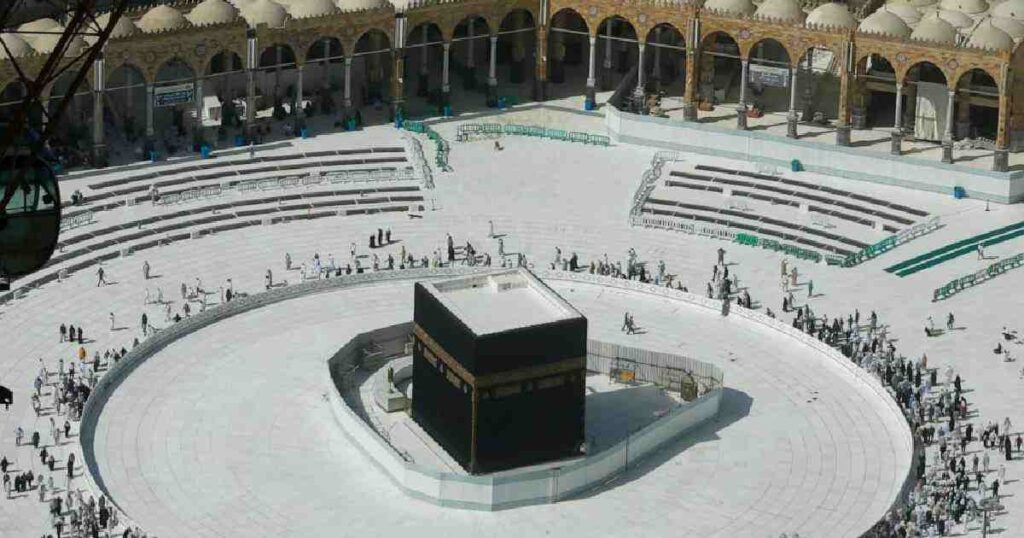 Ken Chitwood, AP/UNB, April 27 – Saudi Arabia has urged Muslims to delay their plans for the hajj, amid speculation that the obligatory pilgrimage may be cancelled this year due to the coronavirus.
Earlier this year, Saudi authorities halted travel to holy sites as part of the umrah, the “lesser pilgrimage” that takes place throughout the year. Cancelling the hajj, however, would mean a massive economic hit for the country and many businesses globally, such as the hajj travel industry. Millions of Muslims visit the Saudi kingdom each year, and the pilgrimage has not been cancelled since the founding of the Saudi Kingdom in 1932.
But as a scholar of global Islam, I have encountered many instances in the more than 1,400-year history of the pilgrimage when its planning had to be altered due to armed conflicts, disease or just plain politics. Here are just a few.
Armed conflicts
One of the earliest significant interruptions of the hajj took place in A.D. 930 when a sect of Ismailis, a minority Shiite community, known as the Qarmatians raided Makkah because they believed the hajj to be a pagan ritual.
The Qarmatians were said to have killed scores of pilgrims and absconded with the black stone of the Kaaba – which Muslims believed was sent down from heaven. They took the stone to their stronghold in modern-day Bahrain.
Hajj was suspended until the Abbasids, a dynasty that ruled over a vast empire stretching across North Africa, the Middle East to modern-day India from A.D. 750-1258, paid a ransom for its return over 20 years later.
Political disputes
Political disagreements and conflict have often meant that pilgrims from certain places were kept from performing hajj because of lack of protection along overland routes into the Hijaz, the region in the west of Saudi Arabia where both Makkah and Medina are located.
In A.D. 983, the rulers of Baghdad and Egypt were at war. The Fatimid rulers of Egypt claimed to be the true leaders of Islam and opposed the rule of the Abbasid dynasty in Iraq and Syria.
Their political tug-of-war kept various pilgrims from Makkah and Medina for eight years, until A.D. 991.
Then, during the fall of the Fatimids in A.D. 1168, Egyptians could not enter the Hijaz. It is also said that no one from Baghdad performed hajj for years after the city fell to Mongol invasion in A.D. 1258.
Many years later, Napolean’s military incursions aimed at checking British colonial influence in the region prevented many pilgrims from hajj between A.D. 1798 and 1801.
Diseases and hajj
Much like the present, diseases and other natural calamities have also come in the way of the pilgrimage.
There are reports that the first time an epidemic of any kind caused hajj to be cancelled was an outbreak of plague in A.D. 967. And drought and famine caused the Fatimid ruler to cancel overland Hajj routes in A.D. 1048.
Cholera outbreaks in multiple years throughout the 19th century claimed thousands of pilgrims’ lives during the hajj. One cholera outbreak in the holy cities of Makkah and Medina in 1858 forced thousands of Egyptians to flee to Egypt’s Red Sea border, where they were quarantined before being allowed back in.
Indeed, for much of the 19th century and the beginning of the 20th century, cholera remained a “perennial threat” and caused frequent disruption to the annual hajj.
So did the plague. An outbreak of cholera in India in 1831 claimed thousands of pilgrims’ lives on their way to perform hajj.
In fact, with so many outbreaks in such quick succession, the hajj was frequently interrupted throughout the mid-19th century.
Recent years
In more recent years, too, the pilgrimage has been disrupted for many similar reasons.
In 2012 and 2013 Saudi authorities encouraged the ill and the elderly not to undertake the pilgrimage amid concerns over Middle East Respiratory Syndrome, or MERS.
Contemporary geopolitics and human rights issues have also played a role in who was able to perform the pilgrimage.
In 2017, the 1.8 million Muslim citizens of Qatar were not able to perform the hajj following the decision by Saudi Arabia and three other Arab nations to sever diplomatic ties with the country over differences of opinion on various geopolitical issues.
The same year, some Shiite governments such as Iran levelled charges alleging that Shiites were not allowed to perform the pilgrimage by Sunni Saudi authorities.
In other cases, faithful Muslims have called for boycotts, citing Saudi Arabia’s human rights record.
While a decision to cancel the hajj will surely disappoint Muslims looking to perform the pilgrimage, many among them have been sharing online a relevant hadith – a tradition reporting the sayings and practice of the prophet Muhammad – that provides guidance about travelling during a time of an epidemic: “If you hear of an outbreak of plague in a land, do not enter it; but if the plague breaks out in a place while you are in it, do not leave that place.”
[You need to understand the coronavirus pandemic, and we can help. Read the Conversation’s newsletter.]
The Conversation is an independent and nonprofit source of news, analysis and commentary from academic experts. The Conversation is wholly responsible for the content.