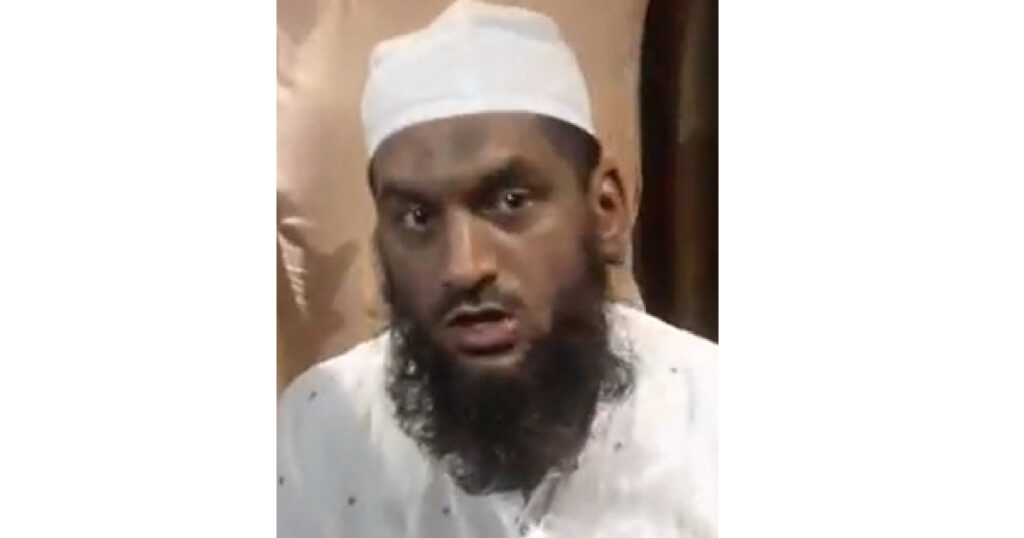 Narayanganj, Apr 04 – Hefazat-e-Islam’s Joint Secretary General Mamunul Haque, who has been the loudest voice in the organisation in a number of recent controversies, has been detained with a woman he claims as his second wife from a resort in Sonargaon. Mahanagar Hefazat’s secretary said Mamunul went to the resort with his second wife where the locals confined and harassed him, before calling in the police on Saturday.
Maulana Ferdausur Rahman, the Mahanagar secretary, confirmed that Mamumunul Haque is in police custody as of Saturday evening.
The woman detained with him is his second wife as claimed by Mamunul Haque said, Ferdausur Rahman.
Narayanganj’s Hefazat’s leaders are looking into the matter visiting the scene, he said.
Sonargaon police station’s inspector (Investigation), Tobidur Rahman said, the situation is under control and Maulana Mamunul Haque along with the woman is under custody for now.
Officer-in-Charge of the police station, Rafikul Islam said investigation going on to confirm the identity of the woman detained with the Hafazat leader.
Police didn’t share any further detail as investigation was going on.
Meanwhile Maulana Mamunul Haque threatened to file case against the journalists who were trying take photograph and video footage of him. – UNB