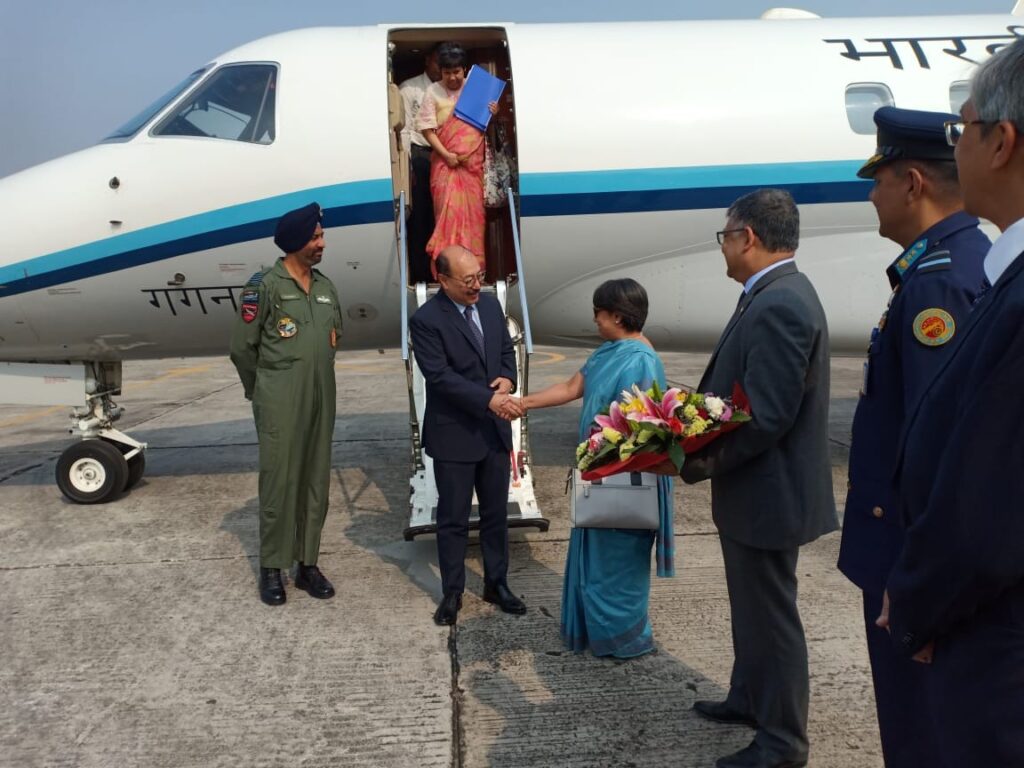 Dhaka, March 02 – Indian Foreign Secretary Harsh Vardhan Shringla arrived here on Monday morning to finalise things ahead of Prime Minister Narendra Modi’s visit this month.Foreign Secretary Masud Bin Momen received Shringla upon his arrival at Shahjalal International Airport here this morning.
Indian High Commissioner to Bangladesh Riva Ganguly Das, among others, was present.
Indian Prime Minister Modi is likely to arrive here on March 17 (morning) to attend the birth centenary celebrations of Father of the Nation Bangabandhu Sheikh Mujibur Rahman and have bilateral talks with his Bangladesh counterpart Sheikh Hasina.
“The date of his (Indian PM) arrival in Dhaka is not yet finalised but he’s likely to be here on March 17 (morning),” Foreign Secretary Masud Bin Momen told reporters after attending a programme in the city on Sunday.
Shringla will meet Prime Minister Sheikh Hasina and Foreign Minister Dr AK Abdul Momen.
This is the Shringla’s first visit to Bangladesh as the Indian Foreign Secretary.- UNB