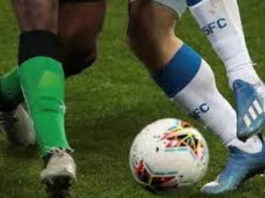 The International Champions Cup friendly football tournament that has brought European powerhouse clubs to the United States and Asia in recent years, won’t be played this year because of the COVID-19 pandemic.Danny Sillman, chief executive of organizers Relevent Sports Group, said uncertainty surrounding restrictions that have shut down global sport make it “unfeasible” to plan a tournament in 2020.
“The health and safety of players, staff, fans, and all who are involved in our matches is always paramount,” Sillman said in a statement.
“The lack of clarity of when social distancing and shelter-in-place restrictions will be lifted and the uncertain international football calendar with the potential for European domestic leagues and UEFA tournaments being played into August, means planning a Men’s International Champions Cup this summer is unfeasible.
“We look forward to bringing the best clubs and most iconic matchups in the world to the US and Asia in 2021,” Sillman said.
Clubs and venues for the 2020 tournament had not been announced, although the LA Times reported that organizers were in talks with Barcelona and Real Madrid to stage a match at SoFi Stadium, the new stadium of the NFL’s Los Angeles Rams that is still under construction.
The stadium, which is the centerpiece of a $5 billion development in suburban Inglewood, is scheduled to open in late July with a Taylor Swift concert.
Work has continued on the stadium even as shelter-at-home orders were put in place in California.
The tournament debuted in 2013 with two matches at Dodger Stadium. Last year it featured 12 clubs playing at 17 venues in six countries, reports AFP.